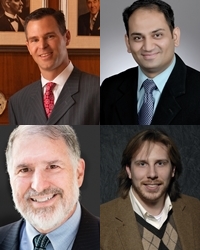 The Utah Broadband Project and the Governor’s Office of Economic Development (GOED) will be hosting the 2013 Broadband Tech Summit on October 24, 2013 at the Utah Valley Convention Center in Provo, Utah.

The summit will feature speakers from Overstock.com, US Ignite and the University of Utah.

Registration will close at 12:00 pm on Wednesday, October 23.

Spencer P. Eccles, executive director of the Governor’s Office of Economic Development, will host the event. Eccles is the executive director of GOED, which oversees all business, tourism and film development, including international trade for the State of Utah. Formerly affiliated with the Salt Lake City office of Wells Capital Management (Wells Fargo Bank), Eccles has most recently been involved with web-based software and materials technology companies in the United States and abroad.

Keynote speaker, Bhargav J. Shah, is vice president of technology at Overstock.com. Shah joined Overstock.com in 2013 and is responsible for providing vision and leadership for developing and implementing technology initiatives within the organization as well as influencing business strategy through the innovative use of technology.

In addition to the keynote speaker, featured speakers include Glenn Ricart and Matthew Might.

Ricart is founder and CTO of US Ignite, a non-profit organization catalyzing new applications based on next-generation Internet technology. In August 2013, he was inducted into the Internet Hall of Fame for implementing the first Internet interconnection point.

Might is an assistant professor in the School of Computing at the University of Utah (U of U), where he leads the U of U’s combinator program analysis research lab. Might has received research funding to investigate automated performance optimization, automated security analysis, provably secure software, high-performance next-generation programming languages and medical robotics safety verification.