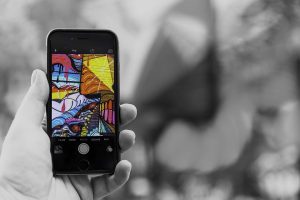 A recent study by Economists Incorporated evaluated the impact of the Federal Communications Commission’s (FCC) recent efforts to remove barriers toward investment into next generation wireless and wireline broadband networks.  This change will accelerate the transition from copper networks to next-generation services.

The impact of the acceleration could create new wireless and wireline broadband infrastructure investment.  The effect could also impact job creation, economic output and consumer welfare.  Investments toward this change will be in incremental payments and will go toward homes and small businesses.  According to the study, these actions could help homes and businesses become economically viable for network deployment in suburban and rural areas.   This could create an estimation of 358,000 jobs. These investments will take the form of fiber-to-the-premises (FTTP), creating all fiber optic connections, and will go toward fifth-generation (5G) networks.

Two recent Notices of Proposed Rulemakings (NPRMs) have focused on the range of potential action the FCC could take to make broadband faster and less costly to deploy next generation networks.  These faster and more cost effective proposals will be in the form of lower pole-attachment costs and reduced time frames. If followed, these changes would make many installing services to households and small to medium businesses more economically profitable under the NPRM rules.

According to the study, removing these barriers could create a competitive landscape for wireline broadband services.  These change s could benefit less dense areas that, until now, have been typically left unfinished by fiber.  The change could further induce employment through total multiplier effects, the number of jobs directly and indirectly created by spending activities, and spillover effects, the effects that enrich or enhance their service offerings to employees like healthcare and education.