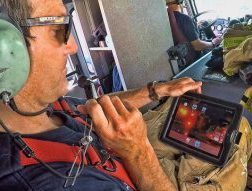 As of June 19th, AT&T has released state plans for implementation of the FirstNet emergency network. Each state’s governor can either “opt-in” or “opt-out” for this state-wide safety plan before the deadline in mid-December.

Public Safety organizations in certain states will start using the FirstNet services to sync all communications between safety units in the state.  FirstNet offers services “for public safety by public safety,” which is prioritized through AT&T’s commercial network, using a system built on a higher level of resiliency that is modeled on California earthquake standards. If the state’s governor opts-in for FirstNet the services will focus on:

FirstNet President TJ Kennedy states that the delivery of state plans is an important milestone and represents the work that is being done toward public safety.  FirstNet gives the best value for its services, offers low risk reponse and has been assessed through a rigorous review processes during the evaluation phase.

All of the states have not recieved draft plans and some have expressed interest in an early opt in option. For those states who choose to wait and not accept this early opt-in option they are given until August 4th for any comments or concerns regarding the plan.   FirstNet will then consider these comments and submit a final plan in mid-September.  After these final plans are given, Governor’s will than have until Mid-December to either accept the FirstNet proposals or pursue the “opt-out” option.

The plans will be filled with key information, including proposal services, coverage, and subscription prices to cater to each territory and state.  These updates will also provide how much each state would pay if they chose to “opt-out” of the FirstNet plan.  If the state opts-out they will be given responsibility to build an LTE Radio Access Network (RAN) to compensate for not using FirstNet. Subscription pricing is yet to be released but as information is available each state will receive updated material in state portals.

Only three territories, American Samoa, Guam and Northern Mariana Islands, have not been given plans yet. FirstNet is waiting to ensure specific details for these territories

Chris Sambar, the Senior Vice President of AT&T-FirstNet says he is confident that the state and individual public-safety agencies will find the pricing compelling for its value.  He further attests that “the vast majority – if not all – states are going to opt in.”

Governor Hebert has not made any indication if he is opting out or in for FirstNet in the State of Utah.