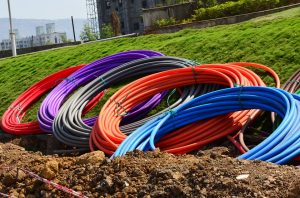 According to a new report, availability for accessible and affordable voice and broadband services is still one of the largest issues for rural and low-income America.

The Telecommunications Act of 1996 charges the Federal Communications Commission (FCC) and the States with ensuring all Americans have reasonably comparable telecommunication services regardless of where they are located.  Low-income and rural communities should have access to information services that are comparable to those of urban areas.  Communication ecosystems have transitioned from a voice-centered environment to a broadband-focused one.  Full participation in the communications ecosystem in today’s world requires high-speed access to civic, educational, and health services, often obtained only through the internet.

Increasing availability and complete adoption of broadband is a key goal of both states on behalf of their citizens and the nation.  The FCC has used the Universal State Funds (USF), renamed the Connect America Fund (CAF), for high-cost support to extend availability on a federal level.  The CAF redefines broadband speed requirements and creates initiatives to deploy broadband services in remote and high-cost areas.  FCC initiatives have tried to change the process for assessing access charges, allocating the funding to broadband initiatives, and establishing the CAF as a high-cost support mechanism on extending broadband to rural areas via investments.

The FCC has also created initiatives to move from a model-based system and redistribute unclaimed CAF funds to carriers willing to provide service to high-cost areas where there are no unsubsidized providers.  These initiatives have pushed the FCC to revise the Lifeline program to focus on providing broadband to low-income consumers by reducing and eventually eliminating funds for voice-only programs to move toward broadband services.   The broadband diffusion is increasing, specifically in urban areas, with nearly 90% of Americans now having access to broadband at speeds of 35 Mbps/ 3 Mbps. The other 10% is primarily those in rural or low income areas without service or have very low speeds.

During the diffusion of broadband, adoption has begun to slow down with fewer first time customers.  Key tasks of supporting increased deployment while identifying strategies for ensuring service adoption is seen within a variety of initiatives.  This is done through direct funding, partnering across state agencies and industry to fund build-out, “retooling” state USF rules to include broadband deployment in programs like Lifeline, and refocus existing USF stipulations from voice support to broadband build-out.  This build-out is needed, especially in areas where competition allows states to differ high-cost funds from subsidizing binding carriers to support broadband deployment.

States are providing grants and matching funds to incentivize broadband build-out and working through direct knowledge of consumer needs and issues.  State legislators have focused on efforts to increase broadband deployment and availability through direct state funding, simplified deployment rules, and creating long term strategies to build state networks were federal initiatives do not provide support.  Legislation in Utah, as well as New Mexico and Oregon, have revised state USF’s to include funding for broadband eligible telecommunication providers.