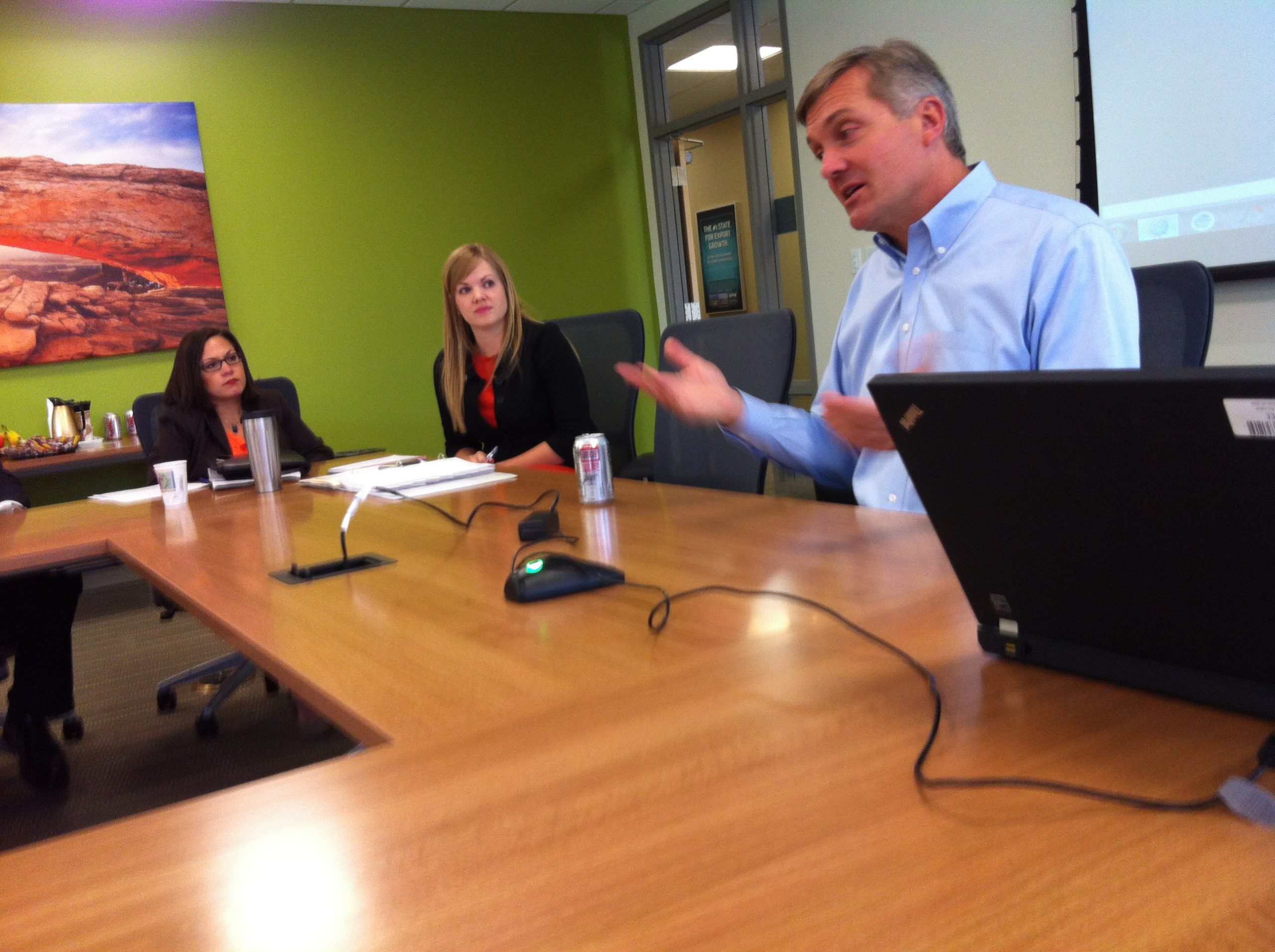 Advisory Council members gave him an overview of Utah’s progress in advancing broadband service into both urban and rural areas. They also gave him an update on how broadband infrastructure has supported developments in public safety, transportation, and telehealth.

Congressman Matheson said he anticipates that several issues, including USF reform, public safety, and broadband deployment on federal lands will become higher legislative priorities in the upcoming year. He also said that the Advisory Council will be an important resource for his office as these issues arise.

“I’m thrilled that this organization exists and I think it could be a very important source of information for me,” said Congressman Matheson. “These are complicated issues and talking to people who live it every day is the way I try to make sure I’m smart about it.”

Click here to see a video of the meeting.