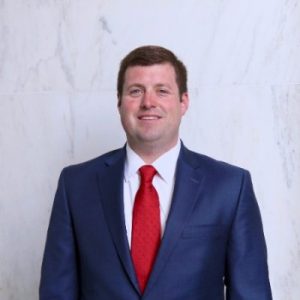 David J. Redl, a nominee of President Trump, was sworn in November 7 as Assistant Secretary for Communications and Information and Administrator at the National Telecommunications and Information Administration (NTIA).  The vote was fairly unanimous from the Senate, viewing Redl’s experience in policy and political affairs as being a positive addition to the NTIA’s goals.

Redl has more than a decade of experience in government and the private sector.  He has an extensive background in communications policy expertise and was previously the chief counsel at the US House of Representative Committee on Energy and Commerce.  He served as a principal legal adviser to the chairman and the members of the committee majority.  Prior to his role in Energy and Commerce he served as director of regulatory affairs at the Cellular Telecommunications and Internet Association (CTIA), a nonprofit organization that vigorously advocates at all levels of government for policies that foster continued wireless innovation and investment.

During Redl’s nomination period, he discussed his promise to work with stakeholders to identify underutilized government spectrum that can be re-purposed for commercial use.  He commented on US interests in ICANN, a nonprofit that coordinates the maintenance and procedures of several databases related to the namespaces of the internet, ensuring the network’s stable and secure operation.  He also referenced his commitment to working with the FCC to prioritize 5G networks to balance the government’s need for spectrum and try to improve access to broadband for all Americans, work to advance the digital economy, and to advance the internet as a space for free speech, free market and economic opportunities.

Redl also made the following statements:

CTIA CEO Meredeith Attwell Baker said, “David has a deep expertise in spectrum, broadband and wireless issues and is uniquely qualified for the most important government office.  His appointment shows that the Administration recognizes the importance of ensuring an open spectrum pipeline that meets growing consumer demand, spurs economic growth and secures U.S. leadership in next generation 5G wireless.”

USTelecom CEO Jonathan Spalter said, “The Commerce Department can play a vital role in expanding access to broadband networks and the vast benefits they offer to our digital economy.  David Redl is the right person, at the right time, so champion leading-edge innovation and investment in our nation’s broadband infrastructure. We encourage the Senate to act swiftly in confirming him so we can begin the critical work of connecting Americans in all corners of the country to the promise and potential of broadband.”