The address point dataset resource has been a great asset to broadband mapping efforts in Utah. Of course, address points increase the accuracy of locating addresses, but they also provide an excellent way to visualize the distribution of residences and businesses, especially in low population density areas where census blocks are often too large to be meaningful.

The Utah Broadband Project’s mapping team has been comparing, at community-level scales, the new address point map dataset with provider reported broadband coverage.  To do this comparison, the project has produced map books highlighting unserved addresses. Provider’s work with the project to use these map books to refine, as needed, their broadband coverage data. The address points also make it easier for the providers to identify specific areas on the maps that may have received broadband service upgrades. To date this has been a very positive process that has resulted in substantial improvement to the coverage data.

So far, the main focus of the address point map review process has been working with wireline broadband providers. In the second half of 2013, the Project met with 7 rural broadband providers and there are plans to continue to meet with additional providers in preparation for the Spring 2014 submission. 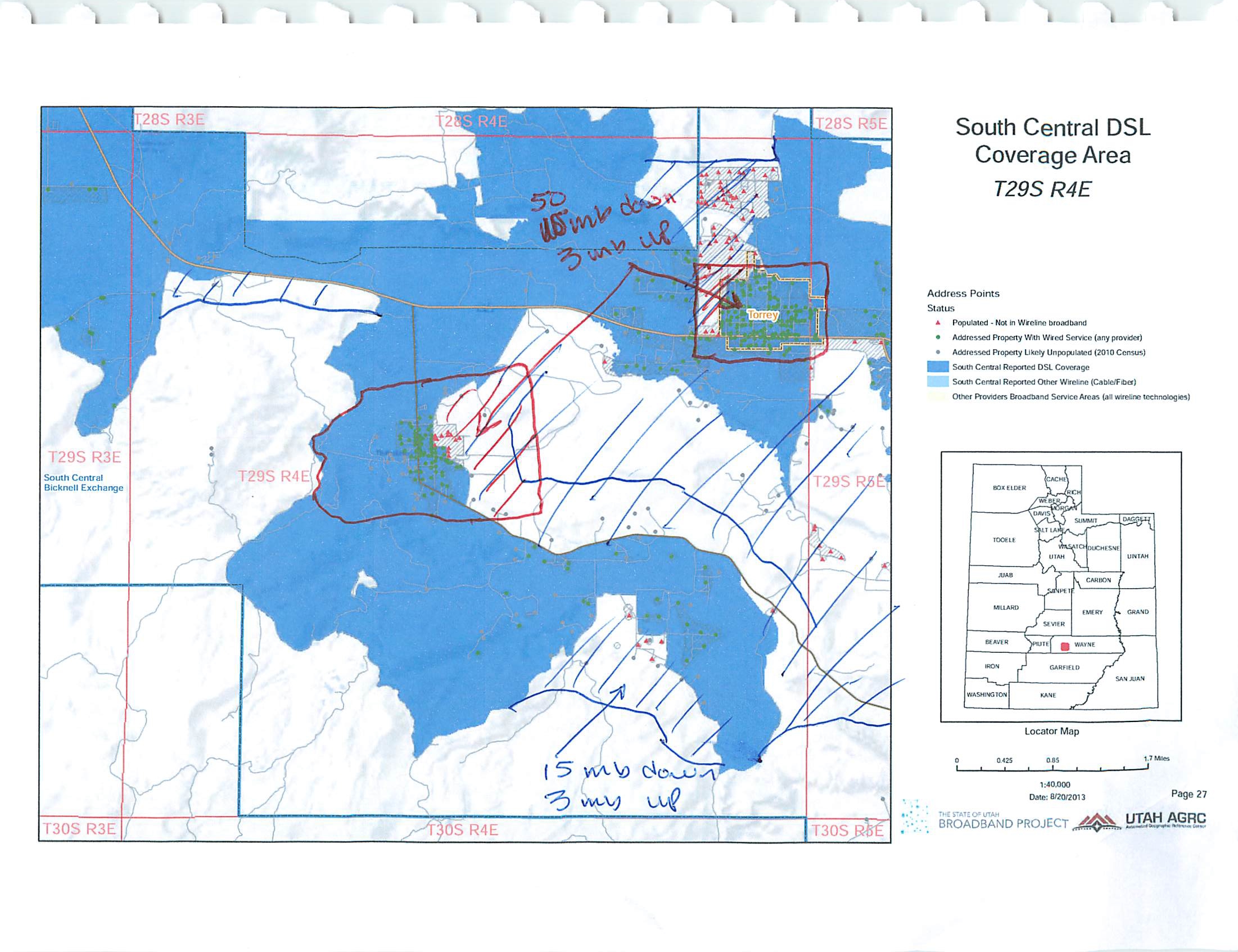 The map above shows an example an address point review map book page that was printed by a provider and marked up with feedback. Click on the map to see a ‘before and after’ and to get a more detailed view. If you are interested in this process or maps at this scale for your community, please contact the broadband project at broadband@utah.gov.