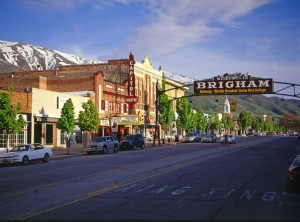 The Federal Communications Commission (FCC) released an Order to update its rules for the Connect America Fund, requiring companies receiving Connect America funding to serve consumers with upload speeds of at least 10 Mbps and download speeds of at least 1 Mbps. This is an increase reflecting marketplace and technological changes that have occurred since the FCC set its previous requirement of 4 Mbps download/1 Mbps upload speeds in 2011.

The Order also makes a number of adjustments to accommodate the higher speed requirement and better target Connect America funds to efficiently expand broadband into rural areas that would not otherwise be served. These changes include increasing the terms of support for price cap carriers from five years to six years, with an option for a seventh year in certain circumstances, providing increased flexibility in the build-out requirement, while still ensuring that support recipients are reaching out to Americans that were previously unserved. The changes also include forbearing from certain universal service obligations in low-cost census blocks where price cap carriers are not eligible to receive Connect America support, as well as census blocks where the carriers face competition.

The Order will also require recipients that decline Connect America support in a state to continue to deliver voice service to high-cost census blocks until replaced through a competitive bidding process by another subsidized carrier that is providing voice and broadband at a download speed of 10 Mbps and an upload speed of 1 Mbps.