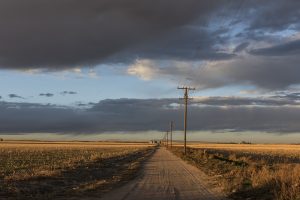 The FCC has released a proposal to put an additional $500 million toward broadband funding.  The funding would include $180 million for the current funding year for the nation’s smaller rate-of-return (ROR) and small rural carriers as well as other cooperatives.  Up to $360 million over the next 10 years will be given to ROR carriers who support the A-CAM cost model.  The $500 million would come, in part, from reserves.  A further press release also notes that the order “would put in place strong new rules to prevent abuse of the high-cost program(s)” and would propose several reforms to high-cost plans.

USTelecom CEO Jonathan Spalter praised Pai’s action, calling the draft order an “important marker” to closing the digital divide.  “Direct federal funding is a critical component to upgrading and expanding networks so every American has access to benefits of high-speed internet, no matter where they live.”  The order’s proposal would also improve the effectiveness and efficiency in promoting rural deployment, including Tribal Broadband factor to enable better access on Tribal Lands and help close the broadband gap.

Ajit Pai has also circulated a 2018 Broadband Deployment Report draft to his colleagues.  The following are some of the key findings in the draft: