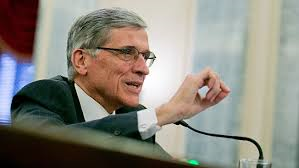 On October 29, 2013, Tom Wheeler was announced as the new Chairman of the Federal Communications Commission (FCC).

Wheeler is well versed in understanding the telecommunications industry and has a vision for the future of broadband and telecommunications. His three main objectives are to promote economic development, to maintain the historic compact between networks and users and lastly, to make networks work for everyone. (https://www.fcc.gov/blog/201311)

Ultimately, Wheeler views the FCC as the “Optimism Agency” of the federal government. With innovation at the forefront and using broadband to look to the future, Wheeler wants to take our country and its people forward in the 21st century.