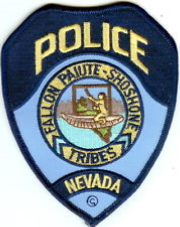 FirstNet has confirmed that the agency plans to work directly with tribal entities in planning and building the public safety network.   In a new policy outreach announcement, FirstNet said it will be honoring tribal sovereignty and encouraging direct communications with tribes rather than having a representative through the State Governors.  Furthermore, the Tribal Nations will be able to make their own designations independent of the states.

FirstNet will continue to engage with the tribes up to the Governor’s decision to opt in or out.  This includes making sure coverage needs and concerns are being met.  FirstNet’s decision is put forth to make sure that the tribes are being treated like a federal entity in which they can also make their own FirstNet decisions independent of state participation.  Kevin McGinnis, the tribal liaison for the FirstNet board, stated,

“This policy recognizes the importance of working directly with Indian Country for the deployment and operation of the network and being responsive to the needs of public safety communications on tribal lands. As they serve on the front lines of their communities, we look forward to providing them with reliable broadband connections and tools that will help them save lives and protect communities.”

A Tribal Consultation was put forth for the purpose of establishing a foundation to honor tribal sovereignty, including dynamic and ongoing communications, consideration, and engagement with tribal governments in the deployment and operation of FirstNet as well as the Nationwide Public Safety Broadband (NPSBN).  The document describes the Middle Class Tax Relief and Job Creation Act of 2012 as key in establishing a set of duties and responsibilities toward FirstNet to develop the NPSBN in context to public safety stakeholders.  The governors each have 90 days to decide whether to opt in or opt out for the FirstNet after the official state plans have been delivered, and the tribal governments may request informational meetings with FirstNet’s national and regional tribal liaisons during the pre-decision phase.  After the post-decision process, whether the State Governor opts-in or out, FirstNet intends to establish significant consultation and collaboration with officials.

FirstNet will continue to create inclusion between the tribes by keeping a tribal liaison on their board at all times and will practice timely notice to coordinate listening sessions, consultations and staff meetings in respect to the tribes.  The nation-to-nation relationship compliments the National Historic Preservation Act section 106 obligations as well.  Currently, Governors in all 60 states have their respective state plans and have until Dec 28th to make final decisions.  So far 27 states have opted in and none have yet opted out.

Check out some videos about native tribes and their response to FirstNet: