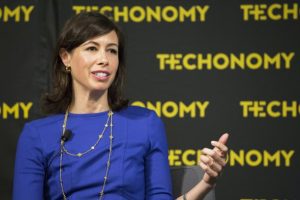 President Donald Trump has announced his nomination for Jessica Rosenworcel to fill the democratic slot at the Federal Communications Commission.

Jessica Rosenworcel was the former commissioner for the Federal Communications Commission (FCC) under President Obama.  She served terms for both 2012 & 2016 under the Obama administration with her term ending as Senate lawmakers did not extend her term in time before the end of the year. Rosenworcel is an advocate for FCC policies and programs that seek utility-like regulations.  Rosenworcel was active on closing the “homework gap,” a gap that targeted disparities in broadband internet service that make it difficult for students, especially in rural areas, to do homework.

There was discussion that a Republican nominee would be announced with Rosenworcel, but that slot has yet to be nominated. Rosenworcel’s nomination is important to the future policies of the Federal Communications Commission.  Without a Democrat in the commission role the FCC would not meet its three-member quorum and would therefore prevent the commission from acting on certain policy issues, such as net neutrality.