The third installment in our Map of the Month series… 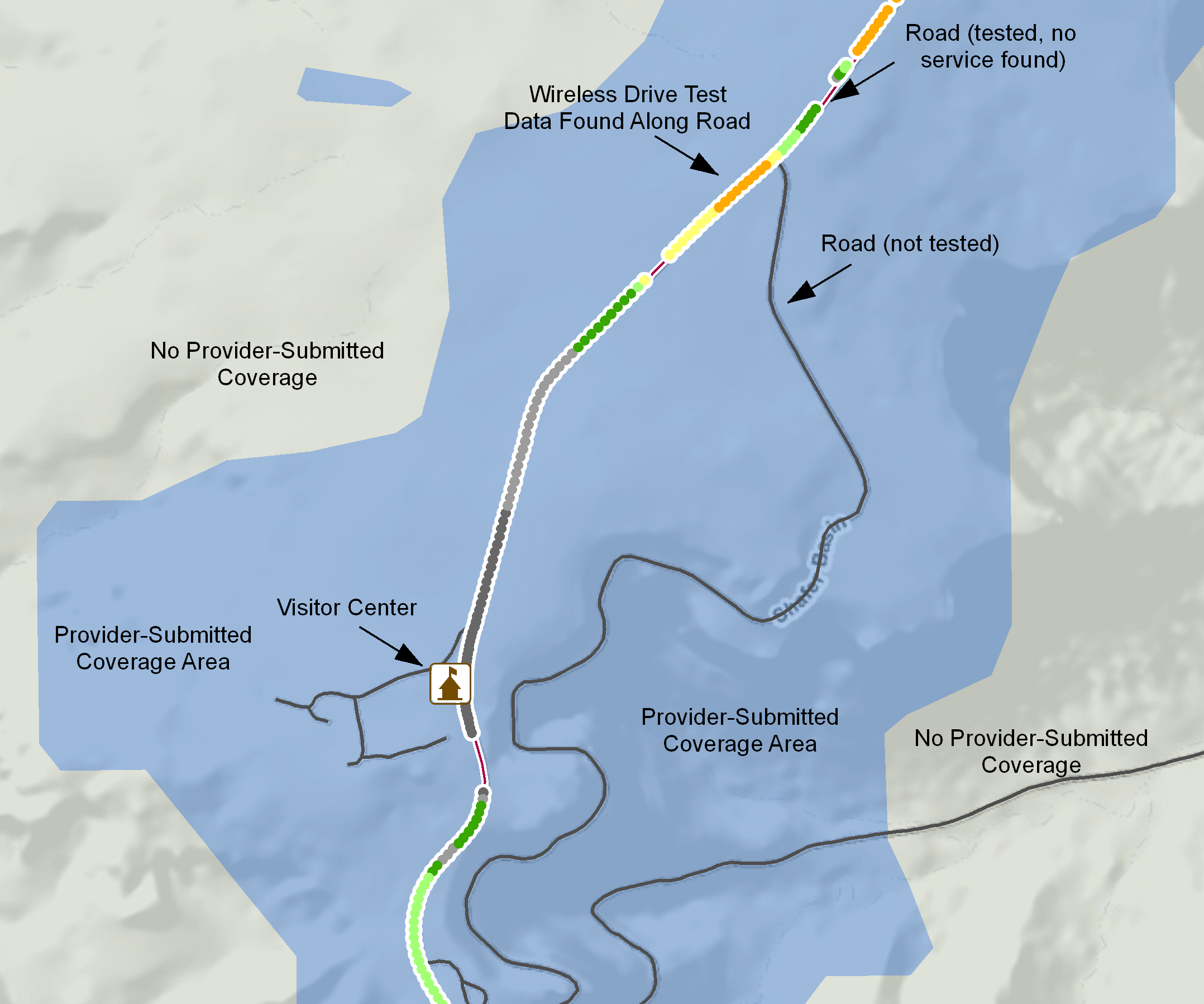 Utah’s five national parks draw in visitors from all over the world. For our June Map of the Month, The Utah Broadband Project decided to see how well national parks are connected to wireless broadband infrastructure in Utah. Using provider-submitted wireless coverage areas along with our July 2011 wireless field test data, and Utah’s rich mapping data resources, the Project Team was able to put together a map for each applicable wireless broadband provider in each national park.

Arches National Park, located northwest of Moab, contains the greatest density of natural arches in the world including the Windows area, Park Avenue, and the ever-iconic Delicate Arch featured on many Utah license plates. It also appears to be the national park with the most wireless broadband availability with at least some coverage from Sprint and T-Mobile and almost entire coverage from AT&T and Verizon.

Bryce Canyon National Park, located east of Panguitch and just south of newly-incorporated Bryce Canyon City, is known for its stunning vistas and spires known as “hoodoos.” The Project Team has not collected wireless drive test data for the main road in Bryce, but according to provider-submitted wireless data, the road is highly covered by AT&T and also receives partial coverage from Verizon.

Canyonlands National Park is located southwest of Moab and consists of four units: Island in the Sky, the Maze, Needles, and Horseshoe Canyon. The park boasts of countless canyons and buttes and is a popular attraction for hikers and river rafters. Many areas in the national park are remote and wireless broadband service appears intermittent outside of the main visitor center and campground.

Capitol Reef National Park, located in southcentral Utah, east of the town of Torrey, contains the Waterpocket Fold, a 100-mile long geologic wrinkle in the earth. This park is the most remote of Utah’s national parks, and as a result, appears to be the least covered by wireless broadband service. A large portion of the park is managed as remote wilderness and is difficult to access.

Zion National Park, northeast of the St. George metro area, is Utah’s oldest national park featuring steep cliffs and narrow canyons. The data collected from the wireless drive test aligned very well with provider-submitted data. Like many of the other national parks, some of the more remote areas are not covered by broadband.

As expected, Utah’s national parks are not covered completely by wireless broadband service. However, national park visitor centers could serve a function similar to community anchor institutions and therefore should have Internet capabilities for communication to potential visitors and safety and rescue personnel. For the most part, areas around visitor centers are covered by wireless broadband service as shown by provider-submitted data and wireless drive test data. Service to these parks is an interesting broadband topic and has given the Project Team an opportunity to use our wireless drive test data to verify provider-submitted data. As seen on the maps, while wireless drive test data follows provider data for the most part, there are several areas of both over and under representation by providers.

Data note: Provider-specific wireless coverage data, shown in blue on the maps, is from the provider data as submitted to the Project as of January 1, 2011 or later. The Utah Broadband Project wireless drive test data was collected in July 2011. Discrepancies between provider-submitted coverage and the drive test data may be due to differences in ground date, modeling techniques including scale, or other factors.