According to a recent McKinsey article, Internet of Things adoption has optimistic outlooks on new technological advances as 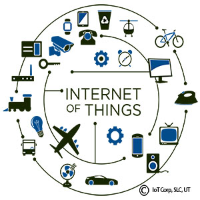 well as plenty of room for growth and innovation.

The Internet of Things (IoT) refers to multiple devices that collect and transmits data via the internet.  IoT has become an important tool for generating data for a safer, more productive, and healthier world. IoT adoption reflects high optimism for its current innovations but also anticipates modest expectations and a continual need for growth.

IoT has had a positive return on their level of growth. Data has shown that there are four IoT devices per consumer that communicate with the cloud.  The data constitutes an estimated 127 new devices connected every second.  Annual economic impact will be an estimated $3.9 – 11.1 trillion in 2025 and infrastructure improvements have advanced enhanced connectivity. According to the article, in 2022, 100% of the population will have access to low-power networks (LPWAN) that will allow long range communications and power-consumption.  IoT’s lidar sensors, which are devices that scan and detect immediate surroundings like self-driving cars, had a 10-fold price decline with an expected 65-fold decline.

Despite these improvements, IoT has had a much slower adoption than expected.  Most businesses only adopt IoT to a very limited extent.  Companies are not analyzing the full potential of data collection with the lidar sensors and often resort to simple applications that weaken the availability of data.

Many IoT’s businesses want to grow their ability for video analytics and creating sophisticated algorithms and video feeds, especially now with lower-data communication rates, 5G networks, and cloud price decreases.  The IoT system is working on better and more efficient energy harvesting and greater embedded intelligence and device analytics.  To reach heightened growth and impact, IoT is turning its focus to outcomes and consumers over technology and enterprises.