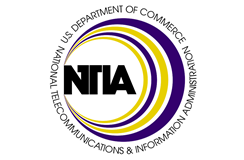 The U.S. Commerce Department’s National Telecommunications and Information Administration (NTIA) today announced it will be releasing the second phase of previously-awarded grant funding for states and territories to begin collecting data necessary to plan for the nationwide public safety broadband network being developed by the First Responder Network Authority (FirstNet).

NTIA also announced that states and territories will be able to use some funding from phase one on data collection in order to help the grantees meet a July 31 target date set by FirstNet to provide initial data related to states’ coverage needs.