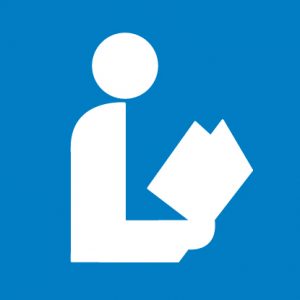 A new report from the Office for Information Technology Policy focuses on the capacity of rural public libraries to use more Internet-enabled technologies and other resources to meet the needs of rural citizens.

The American Library Association’s (ALA) research document entitled “Rural Libraries in the United States: Recent Strides, Future Possibilities, and Meeting Community Needs” analyzes the accomplishments and further challenges of rural libraries, especially within the realm of technology. The ALA’s report discusses that the lowest employment, growth, and access to home broadband internet is located in rural America.  Many of these locations only have access to broadband through free public computer and assistance through the public libraries.  Around a third of public libraries serve areas with populations of 2300 or fewer.

There are three definitions to rural areas that are indicative of how the rural community participates in their public libraries as well as their probability of receiving broadband access.  A community considered rural fringe is territory less than or equal to 5 miles from an urbanized area or 2.5 miles from an “urban cluster,” also referred to as a town.  Therefore, a rural distant community would be more than 5 miles from a city and less than or equal to 25 miles from a town and rural remote would be 25 and 10 miles relatively. The further remote a community is, the less likely a library will be a part of a branch and more just one library in the system.

Research indicates that 39% of rural residents lack access to 25 Mbps.  More severely, one in five residents are unable to get speeds greater than 5 Mbps. Rural libraries are nearly half as likely as urban libraries to report fiber optic broadband connections. Rural growth has been stagnant for years, declining .3% between 2010 and 2014 and flattening in 2015.  Libraries can be a solution for the growth of rural territories by developing job skills and supporting the growth of new businesses. Libraries can assist in many ways in how to develop resumes, complete online applications, and create interview training.

Lower levels of income and education are less likely to use internet and internet-enabled technology and therefore are disproportionately represented.  Technological needs of residents have been growing over the past year. The internet has only been in libraries for the past two decades, according to the report, and therefore has received slower deployment of broadband infrastructure in rural America.  The biggest challenges for libraries fall within specialized assistance such as health, education and economic development.  These developments may still rely on fiscal increases to overcome to thrive. Patron’s needs were met in 2008 by 42% and have grown to 60.85 in 2014. Virtually all libraries since 2007 offer wireless internet when it fell only to 54.2%.  Although there has been growth the rural communities have fewer access to computers, even through the library systems.  Those libraries do report that a third of their computers are four years or older.

Education is important for the economic development of rural communities.  13% of citizens in rural territories have not completed high school and only 19% have a bachelor’s degree or higher in comparison to 33% in metro areas.  Rural areas are less likely to offer formal after-school programs as the population declines and becomes stagnant.  61.1% of public libraries offer book discussions and other social events and 30% offer civic engagement events.  With education and job growth comes the result of optimized healthcare with more accessibility to broadband.  65.2% of public libraries help patrons find and evaluate free health information

Without the intervention of the Federal Government the statistics worsen for broadband in rural communities.  Federal Government gives $7.2 to support broadband expansion throughout the United States.  Therefore, many federal agencies continue to work to expand and improve rural broadband access through technical assistance, grants and loan programs to such establishments as libraries. Limiting budget to libraries negatively impact staffing and open hours to public libraries.  This impacts library programs and service hours, especially with fewer FTE employees.  It may be harder for staff in these conditions, but 97% of library employees say they are satisfied with their career and that lower pay does not impact job satisfaction.

Most importantly, the ability to build or renovate buildings to reconfigure for a “third space” like a library for citizens outside of their work and home spaces, is important.   Using the Maryland Model discussed in the report there are multiple ways the state is bridging the knowledge gap between rural and urban areas. The state has funded three regional library stems to facilitate cooperation among libraries in most of the counties to help with resources by using multi-county associations and leveraging multiple libraries to receive better rates.  Maryland has created a State Library Resource Center (SLRC) to provide services to all libraries in the state and give state-wide, inter-library loans and training programs.