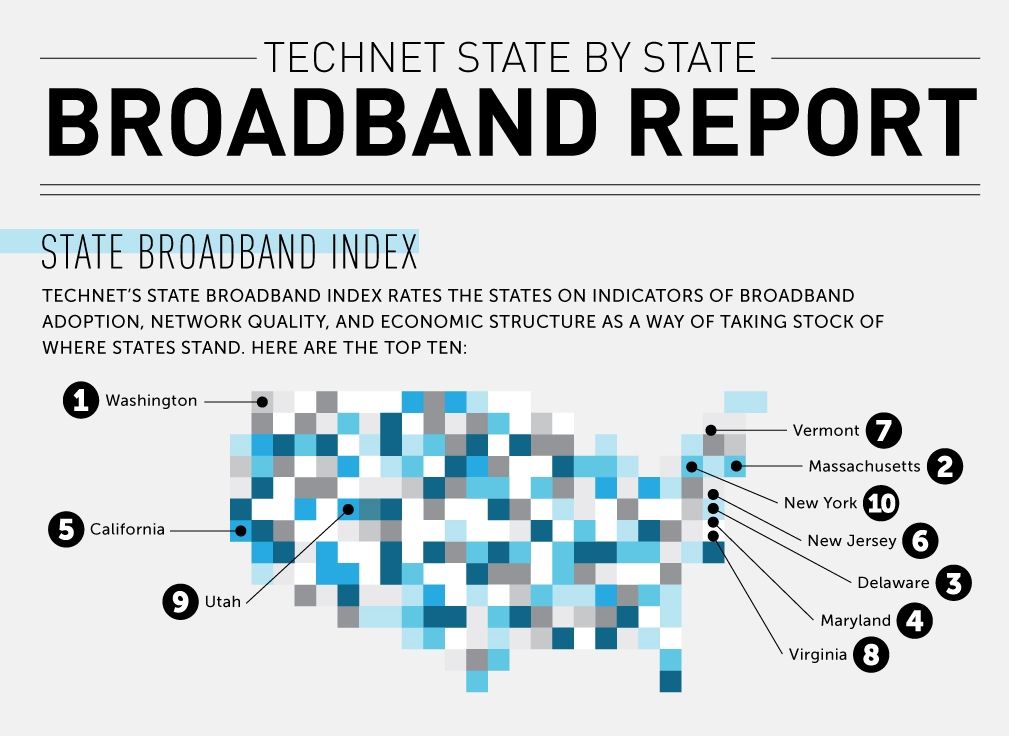 According to a recent report from TechNet, Utah ranks #9 of all states in the “2012 State Broadband Index“.  The Index rates the states on indicators of broadband adoption, network quality, and economic structure.   Of note, Utah ranked #3 in the West, just behind Washington (#1) and California (#5) and was the only Rocky Mountain state to receive a top ten ranking.   Performing better than expected, TechNet characterized Utah as an “overachiever”.

The Report also calls out four specific, promising state-level approaches for fostering an environment where broadband can contribute to states’ development: