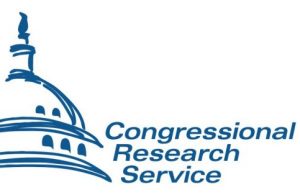 The Congressional Research Service reports approximately 41% of Americans living on tribal lands land access to broadband speeds that meet the federal definition for broadband.  Nationwide, only 10% of all Americans lack access to the same 25 Mbps download/3 Mbps upload speed tier.  Rural tribal areas in the lower 48 states are said to have the poorest access, with 72% of Americans on tribal lands lacking access.

The Federal Communications Commission and the Nation Telecommunications and Information Administration did not start gathering data about tribal access and adoption until 2013.  The most recent compiled data, which analyzes information as of December 31, 2014, shows a more than 20 percentage point improvement since 2013, when data indicated 63% lacked access.  Typically, it takes five years of data collection to generate an accurate sample for smaller populations.

Since the 2016 Lifeline Modernization order, barriers to adoption could be reduced for tribal residents.  The modernization, effective December 2, 2016, allows for the subsidization of broadband.  The Lifeline subsidy provides an increased benefit to tribal consumers.  Nationwide, low-income consumers are eligible for a $9.25 monthly subsidy to use towards telecommunications services.  Households in tribal areas, however, receive a higher subsidy of $34.25 per month and a one-time initiation of service discount up to $100.

The 114th Congress did not pass any tribal-specific broadband legislation, though more accurate data and ongoing assessment of broadband on tribal lands may prove useful to the incoming 115th Congress.  Some debate has considered whether or not funding for tribal broadband is sufficient given the challenges.  Ongoing data collection and a more accurate assessment of the barriers to deployment could help this effort.

To read the new report from the Congressional Research Service, click here: