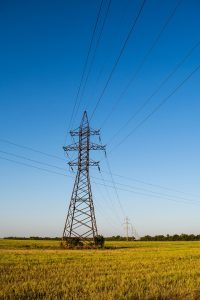 President Trump announced that rural broadband will be included in his $1 trillion infrastructure plan. He discussed his plans on a campus tour last week saying it is crucial to improve broadband availability in rural areas.

The current concern among farm lobbies is that lower broadband rates are delaying rural towns in economic development efforts.  There is large disparity toward the measurement in available speeds within urban versus rural locations. Only 55% of rural residents have access to 25 Mbps speeds in contrast to 94% in urban areas.

Trump is putting forward a $1 trillion infrastructure proposal to consult with Congress.  This proposal is addressed to enable smaller towns and cities to improve their broadband connectivity and economic state.  This proposal is praised by the FCC Chairman Ajit Pai who states, “Closing the digital divide needs to be a national priority.” He further says it will create more jobs and prosperity in our nation’s rural area.

Trump plans to use $200 billion in federal funds towards rural broadband infrastructure. NTCA, the Rural Broadband Association, has been vocal in reaching out to members of the Senate and House Broadband Caucus.  It has asked them to sign letters urging Trump to include broadband within all upcoming infrastructure initiatives.