Joe Dougherty is the public information officer for the Utah Division of Emergency Management and routinely provides training on social media use in emergencies. 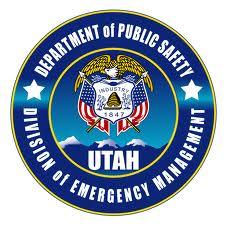 Some hate it. Some hope it’s a fad they have to suffer through, like M.C. Hammer Pants, and then they can move on with their lives. These are the people who haven’t taken time to get to know one of the tools that is absolutely essential for communicating with the public.

Social media is the collection of web-based platforms for sharing information, pictures, videos, playing games and even developing maps. It’s common for people to access these platforms via computer or smartphone apps. In our increasingly mobile world, when it comes to social media, there’s an app for that. When we talk social media, you hear the names Twitter and Facebook, YouTube and Instagram, and now, Pinterest.

I recently spoke to a group of city administrators and communicators at the Utah League of Cities and Towns Annual Conference in Salt Lake City and shared why we need social media as a communication tool (not the only tool, but one of them) and how social media has successfully been used in emergency situations.

We use social media because it’s fast. With a single tweet, not only can I reach 2,801 Twitter users who have signed up to follow my tweets, but many of those users are reporters and producers who can amplify my message to their Twitter followers, by clicking “retweet.” They also have the ability to reach the rest of the public through their websites and broadcasts.

We use social media because it’s where people are. If Facebook were a country, it would be the world’s third largest. Doesn’t it make sense that as government, we would go to the people?

Two great examples of social media use in emergencies are Herriman City during the Machine Gun Fire of 2010, and Washington County during its flooding in December of the same year.

In both cases, Twitter and Facebook were used to reach residents in ways that hadn’t been done before. Using these tools allowed them to communicate quickly and cut down on the number of phone calls pouring into their information centers.

In Herriman’s case, this was especially helpful because the phone system was so congested that phone calls couldn’t get through for a two-hour window. But social media could. As a reporter assigned to cover that fire, I was able to find out media staging locations, road closures, evacuations and more from a simple search on Twitter.

In Washington County, the joint information center needed to correct misinformation and used a Twitter tool called a hashtag, which creates a searchable link on Twitter. Anyone searching for the hashtag automatically finds all of the tweets that contain that tag. Public information officers used the hashtab #rumorstop to alert the public that they were correcting wrong information. Those tweets with the #rumorstop hashtag caught on like wildfire as members of the media and other Twitter users forwarded, or retweeted, those messages.

Of course, social media works as long as the Internet works and as long as you have electricity. In the wake of a catastrophic earthquake, we may not have either amenity. But most emergencies don’t involve widespread outages. That is why social media is just one of your best tools for communicating, but it’s a tool we need to use now before an emergency hits.