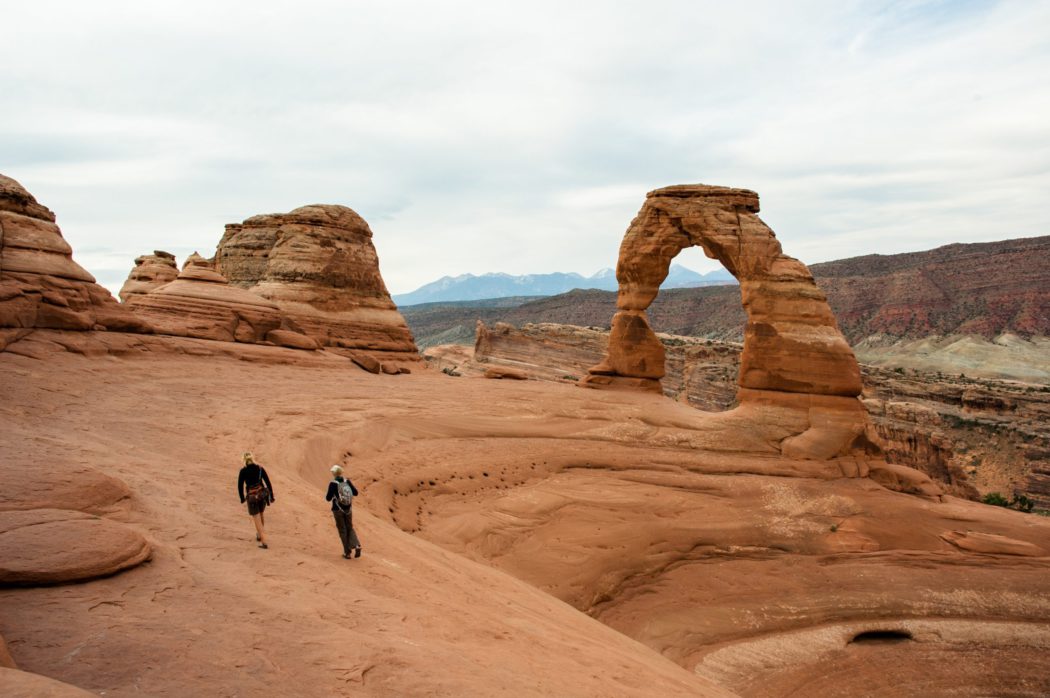 This article is part of a series providing a glimpse into Utah’s political leaders’ daily work schedule and lives. View other articles in the series here.

With over 20 years of experience in the film industry, Virginia Pearce has been Utah’s film commissioner since 2014. Under her leadership, the Utah Film Commission has brought four major network television series and numerous award-winning projects to the state, delivering over $200 million in spending throughout the state.

Pearce has a passion for nurturing new voices and has created several programs encouraging diversity in the entertainment industry, including a lower budget incentive program, a women’s network, workplace harassment policies, and an emerging talent grant program.

While she oversees the operations of the Utah Film Commission from the historic Council Hall on Capitol Hill, Pearce also travels the state to check in with regional film reps and participate in special projects, like producing a short film to celebrate the 30th anniversary of ‘Thelma & Louise,’ which released in theatres on May 24, 1991. ‘Thelma & Louise’ was filmed in Utah in 1990 and utilized many locations in and around Moab, which gave the film its iconic backdrop.

Follow along as Pearce spends a day working remotely from Moab.

A Day in the Life

5:00 a.m. —  Help the film crew pack up and head out for a sunrise shoot in La Sal, Utah to match the opening scene from Thelma & Louise. I received some help from curious locals to pinpoint the exact location on a dirt road that Ridley Scott (director of the film) shot 30 years ago.

9:00 a.m. —  Participate virtually in the Office of Tourism & Film weekly roundtable meeting and share a report on the latest productions filming across Utah.

10:00 a.m. —  Join a call with a director and producer of a new project interested in filming in Utah.

11:30 a.m. — Call into our monthly regional film office meeting. This is a great catch up with reps from Cedar City, Kanab, Ogden, Park City, Provo, and Moab to discuss what’s happening around the state, how our office can help capture more data about what’s shooting in Utah, and also help promote rural locations around the state.

12:00 p.m. — Meet with the Mayor of Moab, Emily Niehaus, to discuss the upcoming Thelma & Louise 30th anniversary screening event we are planning in late May and discuss how film production can support rural economic development in Utah.

1:30 p.m. — Regroup with the film crew and head to the Moab Museum of Film and Western Heritage at Red Cliffs Lodge to take a quick inventory on the many film assets in this great historical collection and pick up a DVD produced about the film industry in Moab. While driving back, eat a hearty lunch of M&Ms, string cheese, and chips, AKA “craft services.”

4:00 p.m. — Meet Larry Campbell, a long-time Moab-based location scout (he worked on Thelma & Louise and countless others), to discuss a few upcoming productions, talk about recent changes to film permitting, and most importantly, to get some footage of his classic 1966 Thunderbird. This car is one of four duplicates used in Thelma & Louise and thankfully did not have to go over the cliff at the end of the film. I channeled Susan Sarandon and Geena Davis as we rode along the picturesque Sand Flats road, near the Slickrock Bike Trail. My job is not always this glamorous.

5:30 p.m. — Catch up with my staff about their day, what I missed, and attempt to manage my inbox.

6:00 p.m. — Head to Cisco and Thompson Springs for an evening film shoot, grabbing the last rays of the day, the “golden hour,” as the film industry often calls it.

9:00 p.m. — Head back to the hotel for a late dinner. Watch the “dailies” or footage we got from the day, answer all those emails, and get a few hours of sleep before one more sunrise shoot at Arches National Park before we head back to Salt Lake City.

As a part of the Governor’s Office of Economic Development, the Utah Film Commission markets the entire state as a destination for film, television, and commercial production by promoting the use of professional local crew and talent, support services, Utah locations, and the Motion Picture Incentive Program. The office also serves as a liaison to the film industry, facilitating production needs across the state.