Public Officials in Richmond, Virginia are testing the FirstNet’s public […] 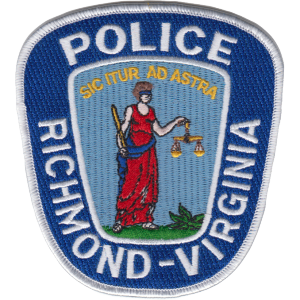 Public Officials in Richmond, Virginia are testing the FirstNet’s public safety wireless network, as of last month.  Richmond and Fairfax counties are the first localities in Virginia that will be using the network.  This move to use the network will hopefully prompt the system to be in full use by the end of 2018.  FirstNet is currently being tested through the Richmond police department and the Department of Emergency Communications through their daily operations with phone and mobile data devices.  Jackie Crotts, the deputy director of technology for Richmond’s Department of Emergency Communications, stated: “During the 2011 earthquake, all cellphone service went down because the system was saturated.  That won’t happen with FirstNet.  There was no upfront cost for the city, because we are able to use our existing mobile data services.  The transition is very smooth.”  Virginia was the first state in the country to opt-in to FirstNet.

Virginia and FirstNet have met more than 90 times since 2013 to address communication needs in preparation for the enacting of the FirstNet network.   Public-safety subscribers to AT&T will be able to take advantage of the priority service on AT&T’s LTE network nationwide and will have full local control to identify their responders and assign priority as needed, based on circumstance.  The FirstNet statement said that this network also carriers the possibility for future integration with next-gen 9-1-1 networks and smart city infrastructure.

Public safety officials in Wyoming, Texas, Louisiana and Maryland have also negotiated pricing plans with AT&T recently, and are moving the network forward.  Several state contracting vehicles are now publicly available as well, even though each agency negotiates individual agency pricing with AT&T.  Chris Sambar, the AT&T senior vice president, addressed that even if a state contract was negotiated with every individual agency, in the end it will be specific to the agency itself.  The Casper, Wyoming Police Department began using AT&T service in August.  Wyoming, being the 2nd state in the county to opt-in, most likely due to the August 21st total lunar eclipse near Casper that brought a huge wave of people to the state, has been eager to get the FirstNet system up and running.  AT&T offered priority service to the region, providing 45 hots spot units and SIM cards for vehicle modems in the Casper Police Department vehicles.  The police department is only paying $40 a month per mobile device, which has unlimited data, text, and voice for all 75 devices.

Texas was also one of the first states to opt-in and has been provided similar prices for unlimited mobile access.  The AT&T enhanced push-to-talk application is available for under $13 a month, giving an agreement of pooled plans ranging from 2 to 1,000 GB of data.  In October, state contact pricing was available for FirstNet access in Louisiana, which allowed all FirstNet rates to be available only to public-safety entities with eligibility determined before activation.  Also, on November 1st, Maryland’s Washington County Sheriff’s Office stated that it will be the first agency in the state to use the FirstNet network, serving about 100 deputies.