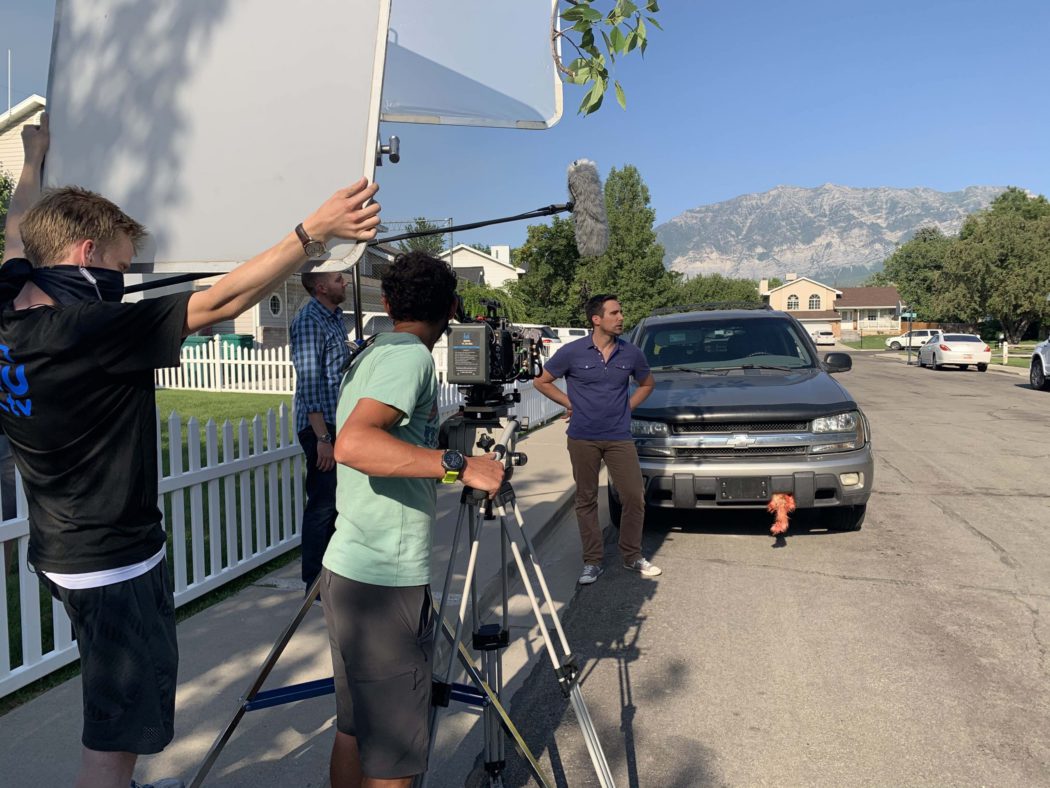 ‘Christmas at the Madison, Part 1 & 2,’  Hallmark channel films starring real-life sisters Kimberly Williams Paisley and Ashley Williams, was approved for the Motion Picture Incentive Program. “For over 15 years, I’ve chosen to film in Utah as much as possible,” said producer David Wulf. “The crew base, diverse locations, the business-friendly environment, and the incentives have all been crucial to these particular projects.”

The films spent an estimated $4.2 million in the state, hiring 186 crew members. The two productions are scheduled to film consecutively in April.

From the producer that brought ‘Brigsby Bear’ to life comes a new feature film, ‘Summering’ directed and co-produced by James Ponsoldt (‘The Spectacular Now’). “We’re thrilled to make ‘Summering’ in an environment with so much timeless beauty, drama, and unique personality,” said Ponsoldt.

Approved for the Motion Picture Incentive Program, the production will begin filming in June with an estimated spend of $2 million in the state.

‘Line Upon Line: Season 2’, an animated series from the local production company, Living Scriptures, was approved under the Community Film Incentive Program, supporting smaller, local projects. “It’s a dream come true for Living Scriptures to again be animating, especially using artists from Utah,” said Matt Brown, Living Scriptures CEO. “Utah has such amazing artistic talent, and we are thrilled to be growing our talent locally. Our new and veteran animators and illustrators absolutely love this project, and assuredly it will continue to be our most-watched series.”

A new feature film starring Joey Lawrence, Matthew Lawrence, and Andrew Lawrence, collectively known as “The Lawrence Brothers,” was also approved under the Community Film Incentive Program. ‘Mistletoe Mixup’ was written by Park City local Kaylin Richardson and will begin filming in March around Wasatch and Summit Counties. Producer Tim Schaaf commented, “There is no other place in the U.S. where you can get small-town charm, stunning mountain vistas, and be within a convenient distance of a major airport. Utah is a special place, and we look forward to featuring it prominently in the film.”

As a part of the Governor’s Office of Economic Development, the Utah Film Commission markets the entire state as a destination for film, television and commercial production by promoting the use of professional local crew & talent, support services, Utah locations and the Motion Picture Incentive Program. The office also serves as liaison to the film industry, facilitating production needs across the state.

Thousands of productions have been filmed in Utah, including ‘Butch Cassidy and The Sundance Kid’, ‘Thelma & Louise’, and ‘127 Hours’, to list a few. Many episodic series have also filmed in Utah, such as ‘Touched by an Angel’, ‘Andi Mack’ and ‘Westworld’.