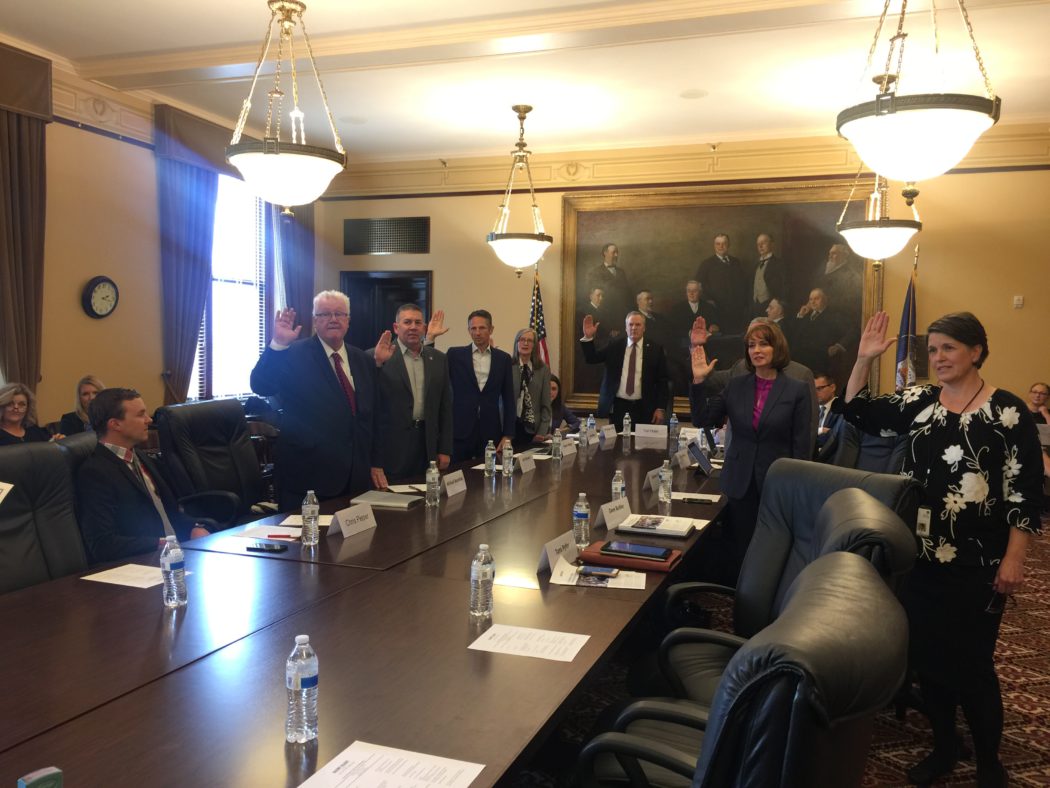 Four new industry representatives have been appointed to the Talent Ready Utah Board. They will help the newly formed Talent Ready Utah Center align education with business to accomplish Gov. Herbert’s goal of filling 40,000 new high-skill, high-paying jobs by 2020.

“Developing a highly qualified workforce is a pressing issue across the country and the Talent Ready Utah Center is finding solutions to Utah’s workforce needs,” said Gov. Herbert. “The expertise and experience of the new board members will benefit Utah students. Their innovative approach and investment in the community is unmatched, and we are pleased they would join with us to further education efforts in the state.”

“The Utah economy and our technology ecosystem are thriving. To sustain and expand our growth and leadership, we have to ensure equality of opportunity and access to technology skills that will enable us to flourish as a community and have the best and brightest workforce to sustain our growth,” said Aaron Skonnard, CEO and co-founder of Pluralsight. “I have long advocated for universal computer science education to prepare our students to succeed in the 21st century. I am honored to join the board of Talent Ready Utah and be on the front line of efforts to build strategies and resources to create a bright future for Utah through technology.”

Aaron Skonnard is co-founder and CEO of Pluralsight, a technology learning platform that empowers developers and CIOs to close critical skills gaps and innovate faster than ever before. He is a thought-leader in the technology industry and a founding member of Utah’s Silicon Slopes. Pluralsight has landed on the Forbes Cloud 100 List and Entrepreneur 360 Top Company list, among others. Pluralsight made its public market debut on May 17, 2018 (NASDAQ: PS).

Jeffery R. Nelson is a passionate leader who has worked in the contract testing space for more than 25 years, most recently as president of Nelson Laboratories, a leading provider of full, life-cycle microbiology testing services. He has set the course for Nelson Laboratories to become the global leader in laboratory test services. He was recognized as the Utah Technology Council CEO of the Year in 2009 and regularly contributes to curriculum design in health and science programs at Salt Lake Community College.

Charles (Chuck) Taylor has a broad, hands-on understanding of the aerospace manufacturing business. As vice president at Metalcraft Technologies Inc., he is a founding member of the Board of Trustees of the Success Academy, an early college high school that emphasizes STEM-centric learning in Cedar City with the campuses at Southern Utah University and Dixie State University.

The Talent Ready Utah Board was formed in March 2017. For additional information visit talentreadyutah.com.