On September 15, 2015, Pew Research Center published its latest […]
Please note: This information was last updated many years ago and is here to preserve a historical record. The contents of this post may be out of date and no longer applicable to GOED's work. 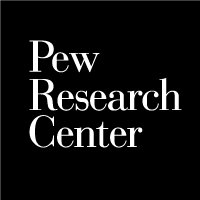 On September 15, 2015, Pew Research Center published its latest study entitled Libraries at the Crossroads which outlines what Americans want in their local libraries. The survey research indicates that though library usage has declined, “the public is interested in new services and thinks libraries are important to communities.”

The top five things that Americans want their libraries to do are support local education, embrace new technology and digital literacy programs, serve special constituents such as veterans, active-duty military personnel and immigrants, and help the local workforce with employment based skill building.

The study also pointed to how libraries are responding to the digital wave. One key trend that relates to the way libraries are changing indicates that “mobile access to library resources has taken more prominence” which has increased by nearly forty percent since 2012. Seventy-five percent of those surveyed say “libraries have been effective at helping people learn how to use new technologies,” and sixty percent who have used library computers or Wi-Fi have “used those tools for research or school work.”

The Utah Broadband Outreach Center is focusing on improving digital literacy throughout the state and has included this as one of its top priorities in the Utah Broadband Plan. The Center actively promotes digital literacy and offers digital list of free computer and Internet locations so that Utah residents can get connected. Another way the Center reaches out to the local level is hosting the bi-monthly Broadband Advisory Council which includes members of the State Library Association and other key telecommunication leaders. You can this information and more by visiting broadband.utah.gov.