The Brookings Institution Metropolitan Policy Program recently published the Broadband […]
Please note: This information was last updated many years ago and is here to preserve a historical record. The contents of this post may be out of date and no longer applicable to GOED's work.

The Brookings Institution Metropolitan Policy Program recently published the Broadband Adoption Rates and Gaps in US Metropolitan Areas report, ranking the Provo/Orem metropolitan area as having the 8th highest broadband adoption rate in the nation. 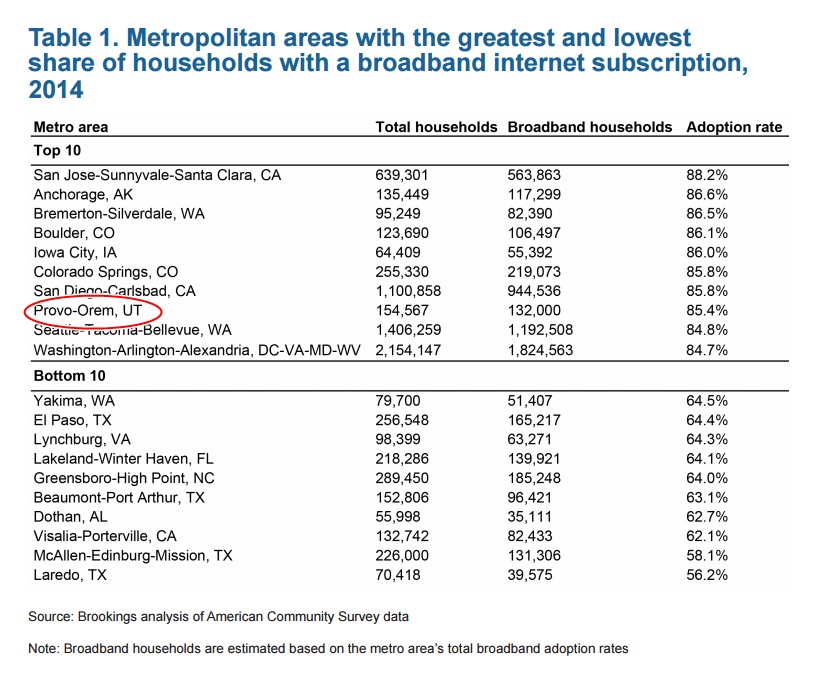 The report also noted that Ogden, Utah had significant adoption gains from 2013 to 2014 (2.2 percent), even though the city’s adoption rate was well over 80 percent.

The report defines the broadband adoption rate as the share of households with a DSL, cable, fiber optic, mobile broadband, satellite, or fixed wireless subscription.