Gov. Gary R. Herbert led a delegation of 20 Utah companies and six organizations on a trade mission to South Korea and Taiwan to boost trade and attract foreign investment to Utah.

The Utah Governor’s Office, the Governor’s Office of Economic Development (GOED) and World Trade Center Utah (WTC Utah) organized the first leg of the trade mission held Sept. 17-21, 2018. Gov. Herbert joined the mission’s second leg in Taiwan, having canceled his plans to be in South Korea earlier in the week due to the Pole Creek and Bald Mountain Fires.

“South Korea is Utah’s 11th largest export destination and Taiwan is the 6th,” said Gov. Herbert. “When you consider that 70 percent of the world’s purchasing power and 95 percent of the world’s consumers are outside of the U.S., maintaining international relations is important for Utah businesses and the state’s economic success.”

Representatives from the Governor’s Office met with many diplomatic officials to strengthen global relationships. One of the highlights of the mission was the Gyeonggi Province signing and Korean cultural celebration reaffirming a 35-year sister-state relationship between the State of Utah and Gyeonggi Province. The cultural celebration included a memorandum of understanding. GOED and WTC Utah also hosted an investment roundtable in the region, met with local businesses and toured the University of Utah Asia Campus.

Taiwan and South Korea, like Utah, places a significant emphasis on innovation and entrepreneurialism. Gov. Herbert engaged in discussion with key business leaders from Taiwan about potential investment in Utah. The governor and representatives from the Governor’s Office met with American Institute in Taiwan Director Brent Christensen, Taiwan President Tsai Ing-wen, and Minister of Foreign Affairs Joseph Wu.

“By forging international connections, both the state and Utah businesses are better positioned to succeed,” said Miles Hansen, president and CEO of World Trade Center Utah. “Many of these new partnerships will act as a catalyst for business expansion in that region. Other connections, like the one we share with our sister-state, Gyeonggi Province, offer sustained benefits and strengthen both regions.”

“The doors that were opened by participating in this trade mission led by Governor Herbert, enabled PolarityTE to explore the potential and challenges for our products in South Korea and Taiwan markets,” said Kolby Day, vice president of operations at PolarityTE, Inc. “This eye-opening journey also provided a great opportunity to engage with the Utah business community, of which we are proud to be members.” 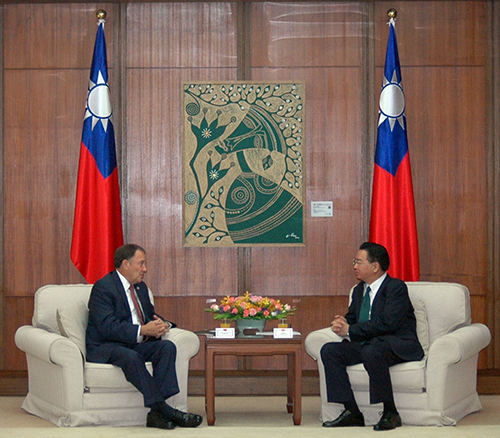 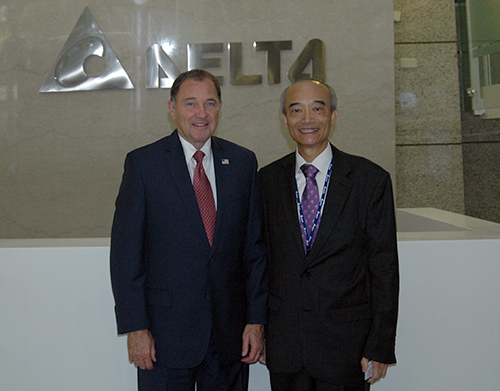 Have something to say? Complete the form below, and we’ll get back to you as soon as we can.

Get the latest GOED news.