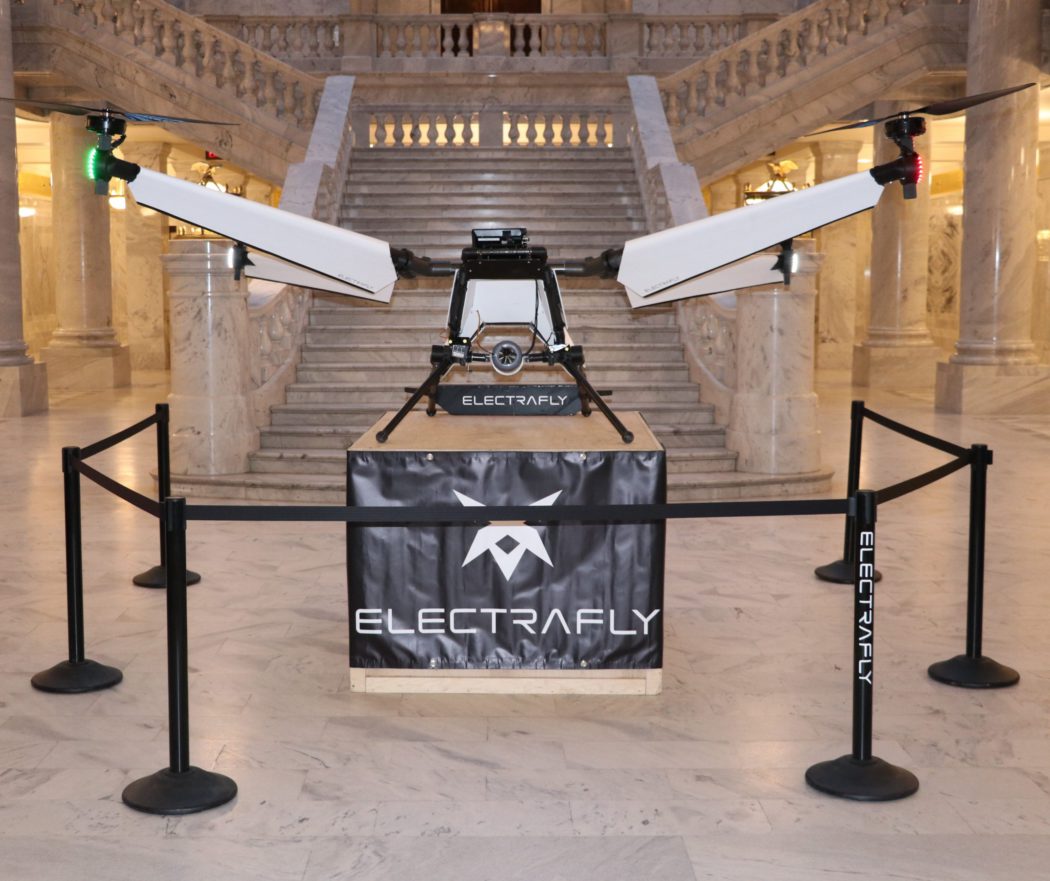 More than 200 legislators and company representatives convened at the state capitol to discuss opportunities and challenges in the aerospace and defense, life science and tech industries for Future Focus: Targeted Industry Day on the Hill.

“Gathering representatives from these three industries at the capitol to meet with legislators and stakeholders is a valuable tool that enhances economic development in our great state,” said Clark Cahoon, Life Science industry director. “Whether these companies are just getting started, rapidly growing or employing thousands within our communities, it’s great to see them all come together for a collective purpose.”

“It is an honor to be among the small group of distinguished companies invited to present at this great event,” said Carlos Justiniano, Zenerchi co-founder and vice president of IoT and Cloud Platforms. “We’re grateful to the Governor’s Office of Economic Development for an opportunity to present to state legislators and members of our educational institutions who are creating our next generations of scientists and technology innovators.”

Utah’s aerospace and defense industry is home to several large companies and also includes many specialized companies that contribute to the growing supply chain for both commercial and defense applications. Utah’s core aerospace and defense competencies include design, composites manufacturing, software and control systems, sophisticated testing, and repair maintenance.

Utah’s aerospace industry accounts for approximately 944 establishments and around 33,656 jobs and is projected to see continued strong growth over the next decade. Hill Air Force Base injected nearly $3.7 billion into Utah’s economy in 2019 and is Utah’s largest single-site employer, in both total employees and salary paid-out. New programs operating at Hill, the Ground-Based Strategic Deterrent program and the F35 program will keep this industry’s economic future sound.

Utah has been the home of robust information technology and software companies for more than two decades. Utah’s Silicon Slopes has garnered national attention from USA Today, CNBC, TechCrunch, Fast Company and other major media outlets.

Since 2008, employment in Utah’s tech industry grew at a rate of 4.9% per year, more than double the growth rate in other Utah industries, and more than triple the growth rate in the U.S. tech industry. According to the U.S. Bureau of Labor Statistics, in 2016, the state had the highest percentage of tech job growth in the nation at 7.69%. Utah easily outpaces national statistics, representing around 118,600 jobs among more than 6,711 tech companies and an additional 50,100 in tech-related employment in the aerospace, defense, life science and other industries in the state.

From 2012 to 2017, Utah’s life science industry had the most significant job growth of any of the top 20 states with substantial life science communities. The sector accounts for 43,000 jobs. Including support services, that number expands to over 130,000 jobs. The job growth rate is 50% higher than the state average, with $13 billion in direct and indirect gross domestic product. There are approximately 1,000 life science companies in Utah covering over 21 counties and 80 cities.