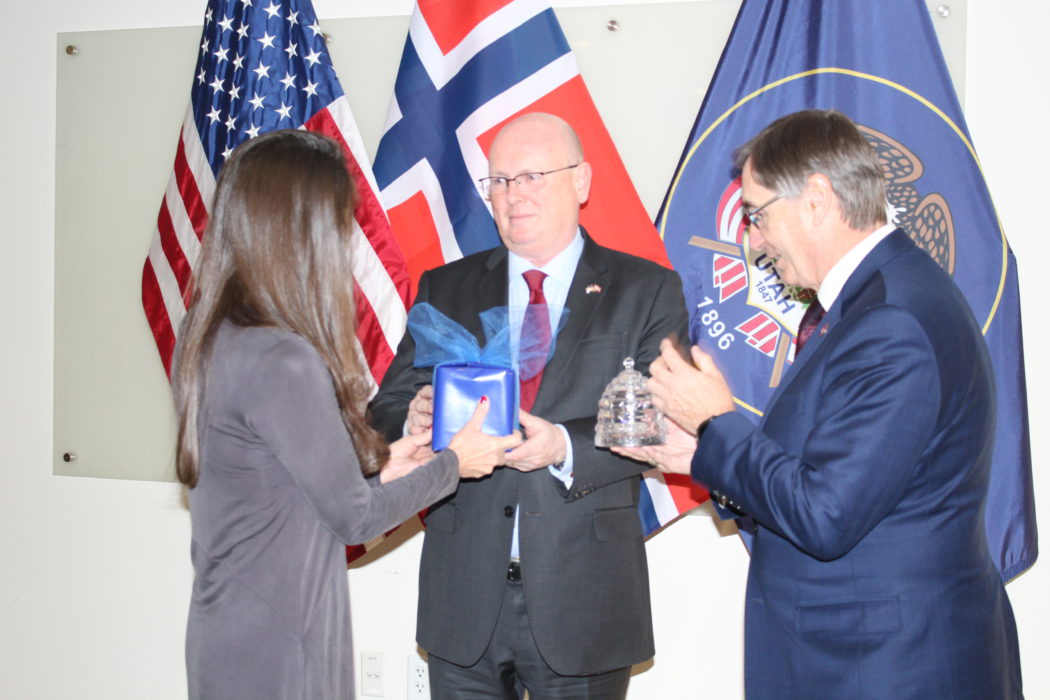 The Utah Governor’s Office of Economic Development and World Trade Center Utah welcomed two important dignitaries from Norway last month. The Honorable Jo Sletbak, Consul General from the Royal Norwegian Consulate General in San Francisco and the Honorable Lars Johansen, Honorary Consul for Norway in Utah were the guests of honor at a roundtable discussion with Utah government and business leaders.

The participants discussed current economic, educational and political topics such as Norway’s energy policies, current patent laws, the fiscal responsibility of the government, the country as a gateway to the European Union, and the impact of Brexit in terms of U.S./Utah – Europe trade.

Some interesting facts about Norway include:

During his comments, Consul General Sletbak expressed his admiration for Utah’s economic accomplishments and how Utah has led the way in the U.S. when it comes to internationalizing its economy. He mentioned the Norwegian American Chamber of Commerce, an organization that helps U.S. companies do business with Norway.

Mr. Sletbak plans to return to Utah in the next few months to continue to foster opportunities for collaboration.

“We have been building bridges with Norway for many years,” says Franz Kolb, GOED’s Director of International Trade and Diplomacy. The Olympics in Lillehammer and Salt Lake City cemented our relationship. Utah’s exports to Norway have increased over the last 10 years.”

For more information, contact Franz Kolb, director of international trade and diplomacy in the Utah Governor’s Office of Economic Development at fkolb@utah.gov. For more information on Norway, contact The Honorable Lars Johanson, Honorary Consul for Norway in Utah at (801) 649-7680.