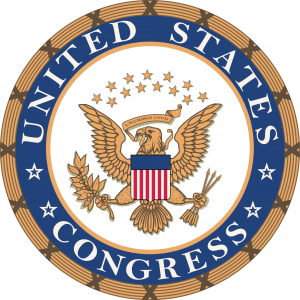 The Gigabit Opportunity Act bill has been introduced to the senate to amend the Internal Revenue Code of 1986 to provide tax benefits for investments in gigabit opportunity zones.  Currently, the Gigabit Opportunity Act has been introduced to the House and Senate and is currently in progress for summary.  It was introduced on Jun 12 of this year and is on the first stage of the legislative process.  These zones will be enabled by state governors to establish.   It aims to incite gigabit broadband deployment through a range of tax breaks.  Senator Capito, who introduced the bill, stated it “gives states flexibility, streamlines existing regulations, and eliminates barriers to investment so we can better connect our low-income and rural communities.”

The Act will also direct the FCC to release a framework that encourages states, counties and cities to adopt broadband laws where these zones would apply.  Chairman Pai states that the Act is “an important step toward closing the digital divide.” Another related bill introduced into the Senate earlier this year authorizes the designation of opportunity zones in low-income communities through tax incentives as well for investments in these zones.  This bill is called the Investing in Opportunity Act.

FCC Chairman Ajit Pai at a meeting with The Brandery, a Cincinnati based development service, discussed the importance of digital empowerment and that can be influenced by the gigabit opportunity act. Pai stated that “high speed Internet access…has enabled what I’ve called the democratization of entrepreneurship.”  With the digital connection that the world has today it is easier to start a businesses and reach a broader range of customers.  Ajit reflects on the apparent and growing digital divide in the country and the concern of almost 34 million Americans that lack access to broadband networks.  This puts pressure on children who cannot do their schoolwork or those left in the dark due to lack of information to the outside world.

The work it takes to put in broadband is not easy, especially in areas where a business case cannot be made for deployment. This problem, Pai described, can be solved trough the mobilization of financial and human capital for these communities, referred to as “enterprise zones.”  These zones could offer accelerated depreciation schedules and lower capital gains taxes to encourage investment.  It would also entail renovating abandoned buildings, loosening the zoning restrictions of local governments, and holding down property taxes.  This has lead to Pai calling on Congress to create Gigabit Opportunity Zones.

Rural Americans benefit and thrive just as much as urban communities do through wireless broadband.  America’s farms are more productive and efficient through communications and GPS controlled machines.

To make it easier for ISPs to build, maintain and upgrade their networks and make broadband more affordable and accessible, Pai listed five ideas on how to make this happen:

Pai ended his remarks by discussing the problems that the FCC and the US are facing now.  One of the biggest issues is old rules that still apply to new ways of doing business, such as using Lyft and Airbnb as examples for this standard.   Having internet access can give power to connect informed individuals to good ideas such as Kickstarter which became a “crowdfunding” phenomenon.   Small changes to the tax code could help startups exponentially.  These innovations can make people’s lives better and are imperative for the Untied States to lead in world innovation.