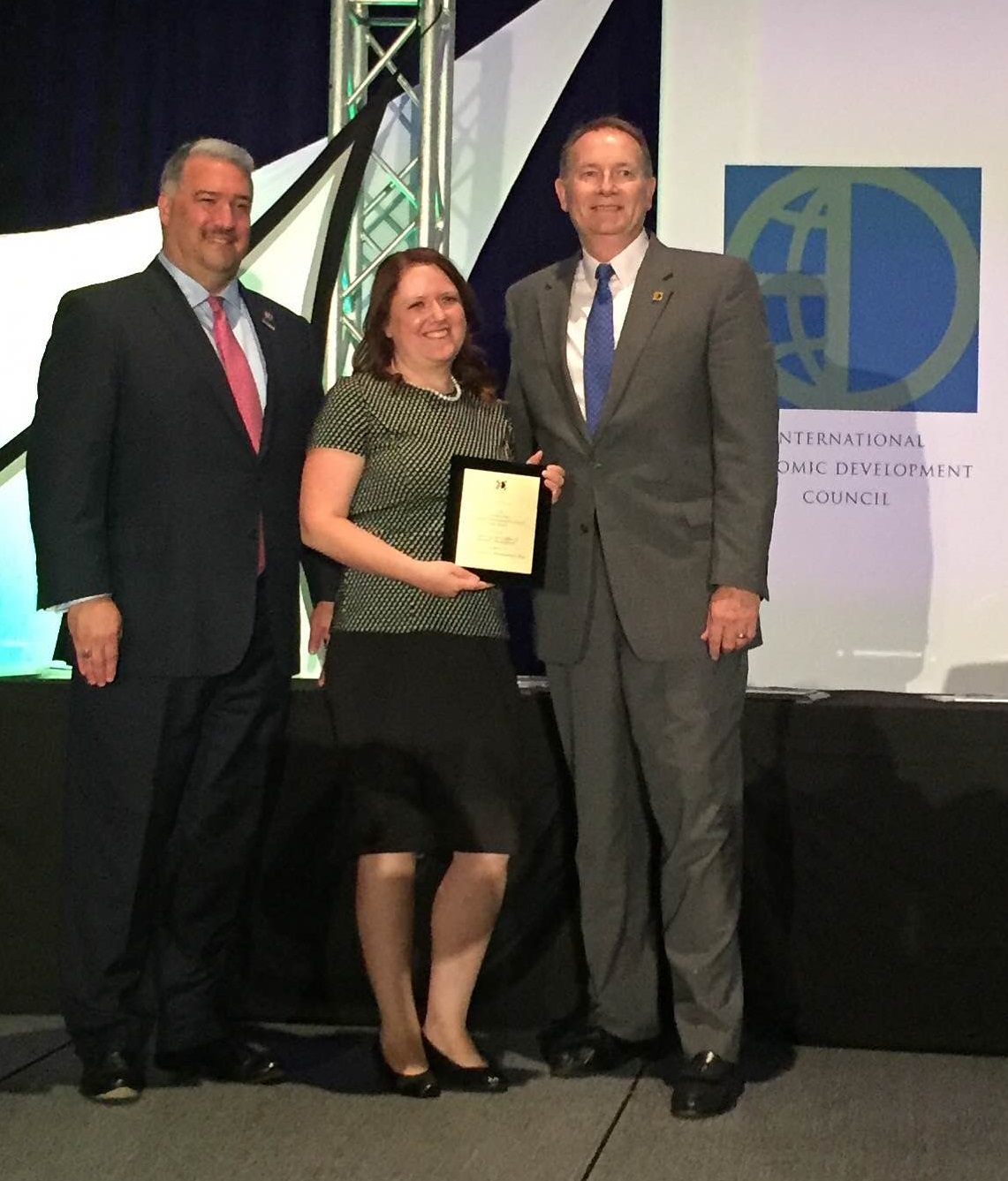 The Utah Broadband Outreach Center and the Governor’s Office of Economic Development, along with Utah Automated Geographic Reference Center and the Department of Technology Services, were acknowledged yesterday for their achievement at the IEDC annual conference in Cleveland, Ohio.  The award is in recognition of the Utah Economic Development Map, which earned the Gold Award in the New Media category.  Locate.utah.gov bested all other entries from organizations serving populations greater than 500,000.

Originally launched in May of 2015, the Utah Economic Development Map is an interactive mapping tool that allows users to virtually explore Utah’s business grade broadband infrastructure, extrapolate workforce data for any location, easily identify public utility providers, and locate nearby transportation and lifestyle features that drive economic development in our recreation-rich state.  This IEDC win marks the second award since the map’s launch, having previously been awarded a Digital Government Achievement Award by the Center for Digital Government.

The 2016 IEDC Board Chair Barry Matherly commented, “On behalf of the IEDC board of directors and Excellence in Economic Development Awards Advisory Committee, congratulations to the Utah Governor’s Office of Economic Development. Not only did they work to provide a necessary service to their community; but also, their participation in the awards program sheds light on their stellar projects which other communities can now use a benchmark.”

IEDC is a membership organization that serves economic developers working in many different settings, including state, local, provincial and federal governments, chambers of commerce, higher education institutions, and public-private partnerships.  IEDC is a nonprofit and nonpartisan organization representing more than 4,700 members.  The organization provides a number of services and resources for economic developers, working to support professionals as they improve quality of life and create opportunity in their communities.  IEDC was founded in 2001 following the merging of two well-established economic development organizations.

Locate.utah.gov was developed by the Broadband Outreach Center in partnership with Utah AGRC and the Economic Development Corporation of Utah.  The interactive map was created as a result of the extensive regional collaboration that took place to create the Utah Broadband Plan.  The primary goal of Locate.utah.gov was to create an easy to use tool that could serve as a one-stop resource for businesses looking to relocate in Utah.  The map was designed to be used both independently by businesses and by state and local economic development entities as a quick but comprehensive reference guide for any location in the state.  By simply dropping a pin, a user can click “get summary” to generate a custom report for any address.

As the private sector in Utah continues to boom, particularly in technology fields along the Silicon Slopes, the State of Utah is proud to be honored for its own innovation and business-friendly economy.

View the press release for the award win here: