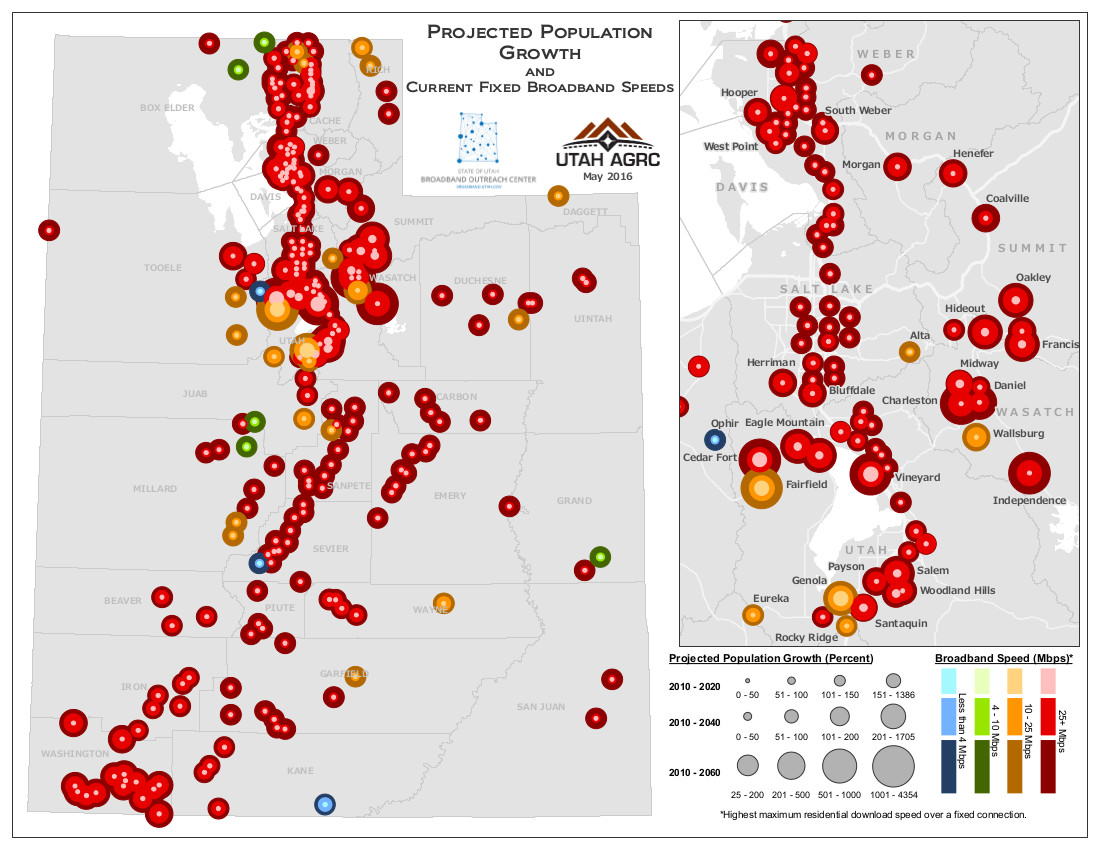 Utah’s population is on track to more than double by 2060, making it crucial to build and design critical infrastructure with the current, and future, population in mind. This month’s map shows the estimated percent growth for each of Utah’s census designated populated places over three time periods, 2010-2020, 2010-2040, and 2010-2060. The circle sizes on the map represent the percent growth for each of the 3 time periods, with the lightest circles being the 2010-2020 time period, and the darkest circles being the 2010-2060 time period.

The circles’ color schemes represent the highest maximum advertised residential download speed over a fixed broadband connection, as of spring 2016. A fixed broadband connection is typically used for home internet connections and is available over DSL, cable, fiber, and fixed wireless transmission technologies. There are four speed categories represented by the color schemes, maximum residential download speeds of at least 4 Mbps, 10 Mbps, 25 Mbps, and populated places below the 4 Mbps threshold.

Many cities that are projected to

have a high population growth are currently fairly small in population. Click the map at right for a population map with fastest maximum advertised download speeds.

For a complete list of populated towns in Utah with their fastest maximum advertised download and upload speeds, as well as their estimated population growth, click here.