In an increasingly competitive and connected world, it’s important that students in K-12 schools have access to modern computers. This month, the broadband mapping team mapped data published in the Utah State Board of Education’s report Highway to Our Future: Technology for Utah Schools – May 2013. 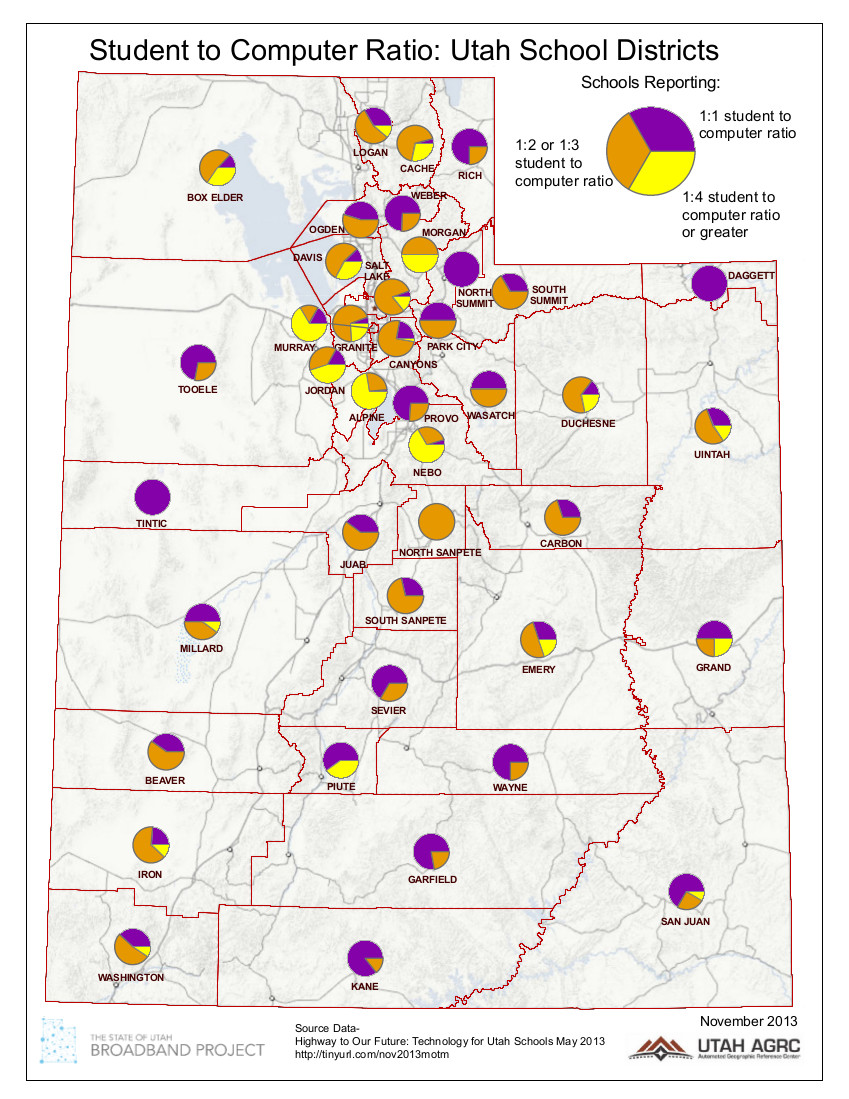 Alpine School District is one of the largest in the state with 73 schools, while the others range from 4 – 42 schools. 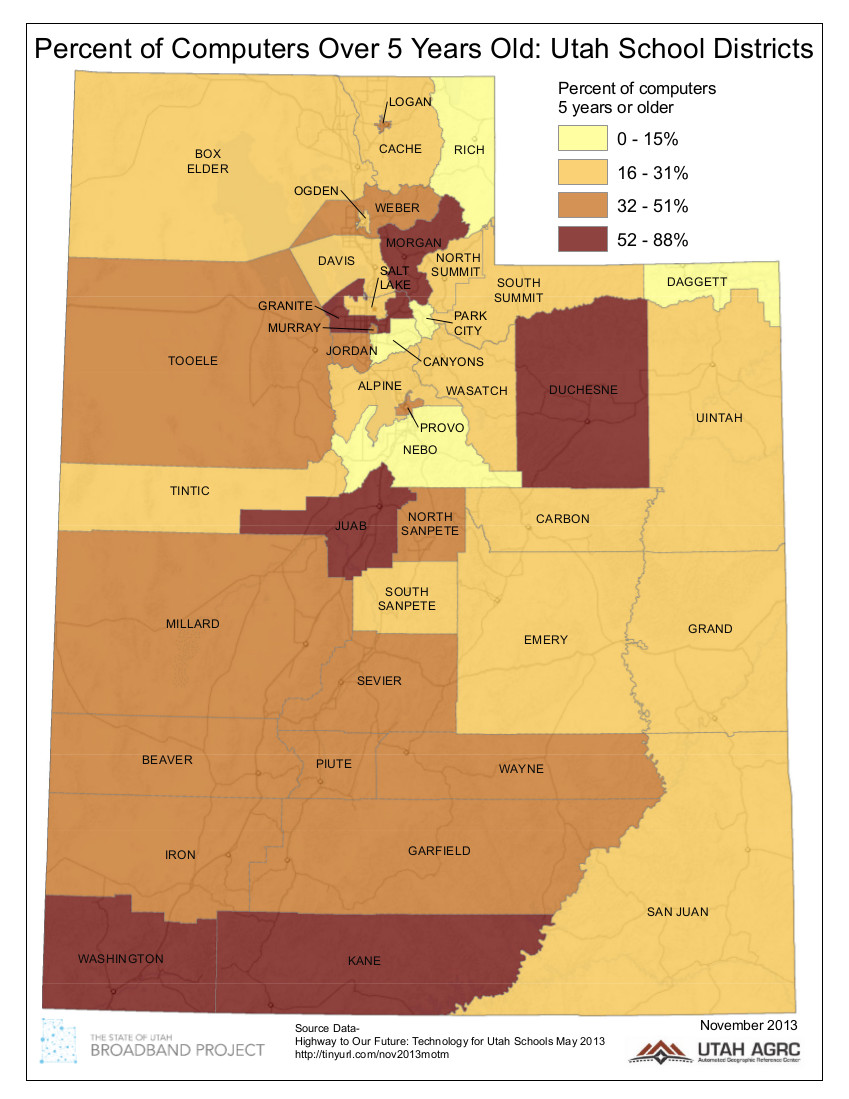 Percentage of Computers 5 years or older: