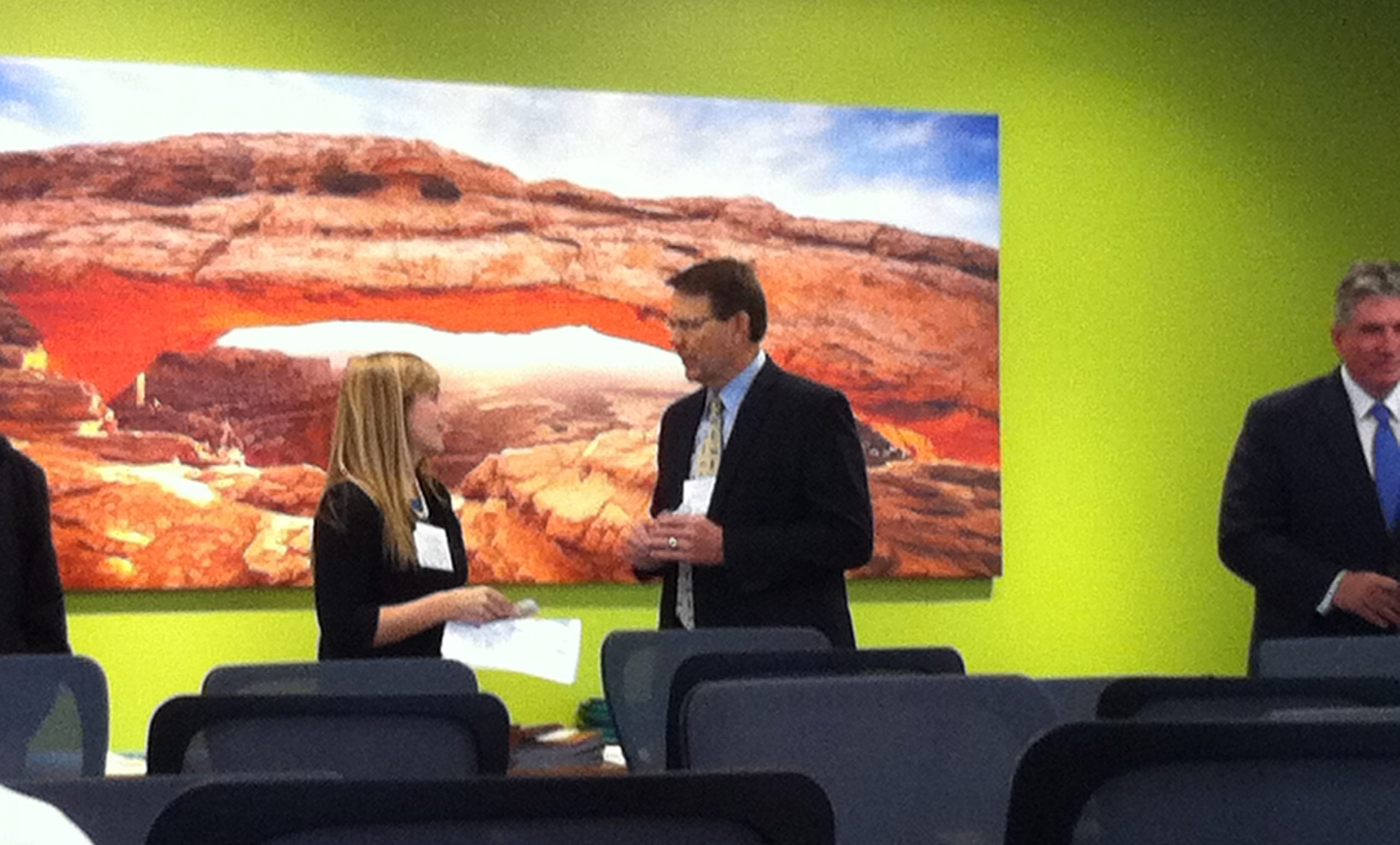 The Legislative Outreach Day was the first opportunity for many of Utah’s legislators to tour the new facility. The tour included briefings from GOED, USTAR, WTC Utah and OED management, as well as overviews of GOED’s Corporate Incentives and Economic Clusters programs.

Twenty-seven legislators attended the event, including one newly-elected senator and seven newly-elected representatives. The event will be held annually and will be used to keep legislators informed on programs and resources available to them.