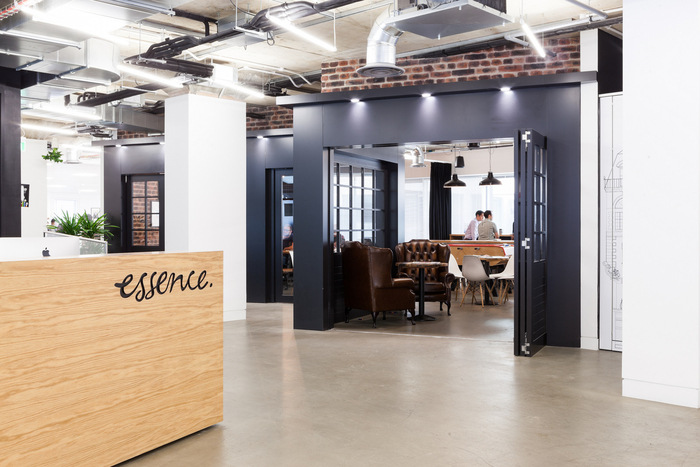 The Governor’s Office of Economic Development (GOED) today announced Essence, a global data and measurement-driven media agency and part of GroupM, will open a regional office in Salt Lake City, Utah. Essence will add up to 125 jobs, $1.9 million in new state revenue and an estimated $3.1 million in capital investment.

“Essence is a globally connected company with nationally-known clients,” said Val Hale, executive director of the Governor’s Office of Economic Development. “Their culture will be a nice addition to our Silicon Slopes community and Salt Lake City. We welcome them in opening their 19th global office in our great state.”

“Salt Lake City and Essence share a similar commitment to culture and innovation; two qualities that are significant to who we are as an agency,” said Steve Williams, CEO, North America, Essence. “We’re excited to offer current and prospective employees the opportunity to contribute to a flourishing tech community while maintaining a positive quality of life.”

Essence will create up to 125 jobs throughout the next five years. The total wages in aggregate are required to exceed 110 percent of the average county wage. Projected new state wages over the life of the agreement may be up to $22,442,500, which includes wages, salaries, bonuses and other taxable compensation. Projected new state revenues, as a result of corporate, payroll and sales taxes are estimated to be $1,910,530 over five years.

“Essence Global has grown dramatically over the past few years, and we’re excited the company has added Utah to its impressive list of locations,” said Theresa Foxley, president and CEO of the Economic Development Corporation of Utah. “There’s a lot of innovation going on at the intersection of marketing and tech, and we look forward to seeing Essence’s contributions in that space firsthand.”

Essence may earn up to 10 percent of the new state taxes they will pay over the five-year life of the agreement in the form of a post-performance Economic Development Increment Finance (EDTIF) tax credit. As part of the contract with Essence, the GOED Board of Directors has approved a post-performance tax credit not to exceed $191,688. Each year that Essence meets the criteria in its contract with the state, it will earn a portion of the total tax credit.

“Congratulations to Essence! I am thrilled that a company with such an elite global footprint and focus on culture will call Salt Lake City home. Our economic development team has worked with Essence alongside our local partners since this opportunity was first brought to our attention, and I am confident that Essence will continue to see the unparalleled customer service and economic advantage of being in Utah’s capital city,” said Jackie Biskupski, mayor of Salt Lake City.