The Federal Communications Commission today released the results of its ongoing […]
Please note: This information was last updated many years ago and is here to preserve a historical record. The contents of this post may be out of date and no longer applicable to GOED's work. 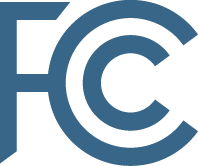 “Faster, better broadband will unleash new innovations and new services to improve the
lives of the American people. This comprehensive assessment of broadband performance
helps to keep consumers informed and hold ISPs accountable.”

About the Measuring Broadband America Report
The FCC released the first Measuring Broadband America Report in August 2011. That report covered data collected in March 2011 and found that most broadband providers who participated in the study were providing over 80 percent of advertised speeds during peak usage periods. The FCC’s second report, released in July 2012 found that ISPs on average delivered 96 percent of advertised download speed during peak usage period. The FCC’s third report included results on satellite technology for the first time based on test results from ViaSat, a major satellite services provider, and showed significant improvements had been made to satellite broadband technology service quality. The FCC’s fourth report, released in June 2014, showed most ISPs delivered actual speeds that meet or exceed advertised speeds, but some providers showed need for improvement with respect to consistency of speeds.

This report, the FCC’s fifth Measuring Broadband America Report, covers data collected
in September 2014, and for the first time includes regional and state analysis as well as an
expanded focus on speed consistency.

The FCC began measuring broadband performance in response to recommendations in
the National Broadband Plan. Since then, by continuing to shine a spotlight on actual
versus advertised speeds, the FCC is ensuring accountability, increased transparency and
enhancing competition in the marketplace. The report is part of a comprehensive series of initiatives that draw upon cooperation between the Commission, industry, and other
stakeholders to promote transparency and ensure that consumers get the information they
need to make informed marketplace decisions.