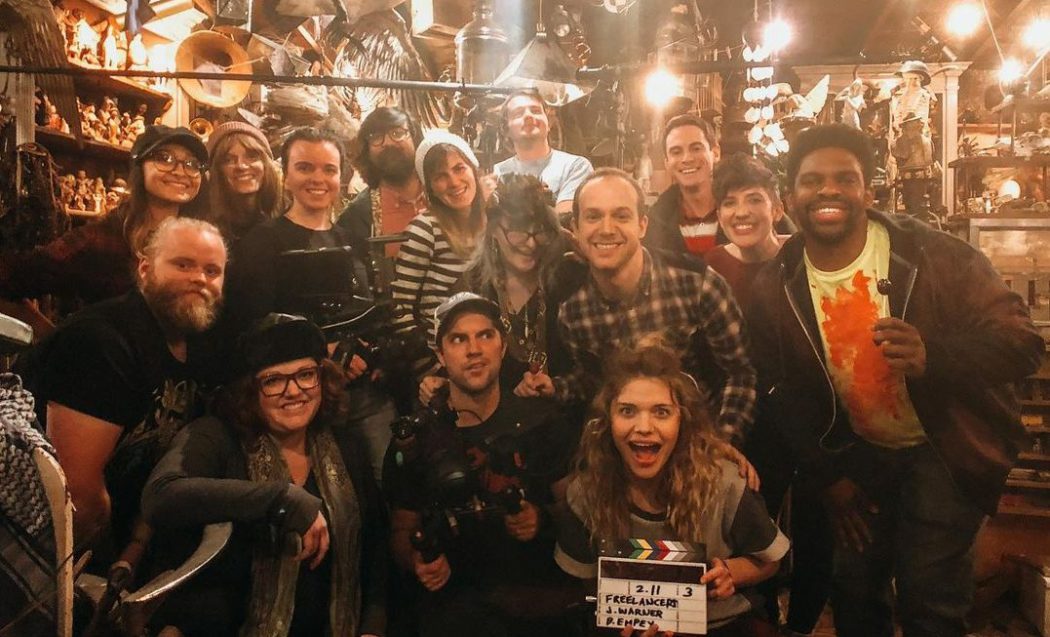 A new feature film, ‘The Thing With Feathers’, directed by Amy Redford, was approved for the Motion Picture Incentive Program. “Putting my deep history with the state aside, what I have come to know about the film ecosystem in Utah made this the perfect place to shoot a contained thriller that evokes everywhere USA,” said Redford. “There is a hardworking, unflappable, and unfussy nature of the crew here that adds to efficiency, creativity, and overall good times. So much to choose from in this state, you can be anywhere or only here.” The film will begin shooting this month in Summit, Davis, and Salt Lake Counties.

From the comedic team that starred in BYUtv’s ‘Studio C’, comes the hilarious second season of the ‘Freelancers’. Approved for the Motion Picture Incentive Program, the series will begin filming this month around Utah County. “Coming from California, Utah is such a liberating place to film,” said producer Phillip Goodwin. “Every step of the process is smoother and easier. Everyone is so accommodating, from locations to rental houses, and the Film Commission is extremely responsive, so we feel total access to all these resources. It’s very encouraging to work in a place that’s so welcoming to the filmmaking process and has so much talent to offer across the state. You can film anything in Utah.”

‘Wilderness Therapy’, a new series directed and co-produced by Mitch Davis (‘The Other Side of Heaven’), was approved for the Motion Picture Incentive Program. “My home and my heart are in Utah. So are the unparalleled scenery and talented filmmakers. I am so glad the film incentive made it possible for me to film here, where this story belongs,” said Davis. The production will begin filming in May in Utah and Kane Counties.

As a part of the Governor’s Office of Economic Development, the Utah Film Commission markets the entire state as a destination for film, television, and commercial production by promoting the use of professional local crew & talent, support services, Utah locations, and the Motion Picture Incentive Program. The office also serves as a liaison to the film industry, facilitating production needs across the state.

Thousands of productions have been filmed in Utah, including ‘Butch Cassidy and The Sundance Kid’, ‘Thelma & Louise’, and ‘127 Hours’, to list a few. Many episodic series have also filmed in Utah, such as ‘Yellowstone’, ‘High School Musical: The Musical: The Series’ and ‘Westworld’.