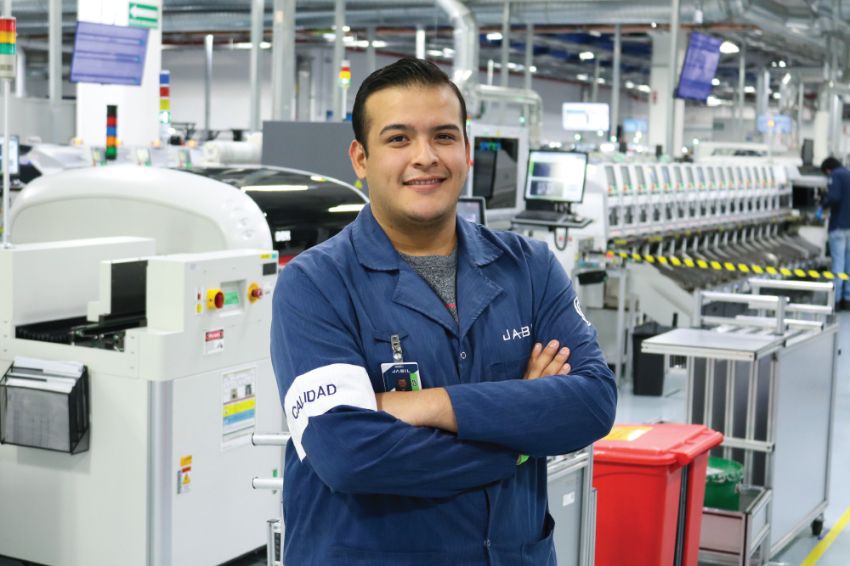 Today, the Utah Governor’s Office of Economic Opportunity (Go Utah) awarded Jabil, Inc. a temporary, marginal tax reduction for its expansion in rural Utah. As part of the agreement, Jabil plans to bring up to 150 new high-paying jobs and invest $10 million in rural Utah during the next seven years.

This post-performance corporate incentive is part of the Legislature’s Economic Development Tax Increment Finance (EDTIF) program. Eligible companies work with the Economic Opportunity office to outline performance criteria. Once the office confirms those criteria have been met, according to statute (U.C.A. 63N-2-106(2)), companies can receive a refund of a percentage of the new, additional state taxes they paid until their contract expires.

By locating in Tooele County, Jabil is eligible for the rural modifications of the state’s EDTIF tax credit program. Tax credits are approved by Go Utah’s governor-appointed executive director, with advice from the Go Utah Board and support from local communities. The tax credit program operates under legislative statute and the Cox-Henderson administration’s vision for economic opportunity for all Utahns.

“Jabil is a global leader in manufacturing. This project focuses on energy storage, and it will have significant ripple effects in Tooele County and green energy industries,” said Dan Hemmert, the Office of Economic Opportunity’s executive director. “This is a big win for the state, and we hope to see additional Utah expansions from Jabil in the future.”

Jabil is a global manufacturing company with more than 260,000 employees across 100 locations in 30 countries. Jabil has a list of customers, including 300 of the world’s biggest brands in every market, from healthcare, packaging, smartphones, and cloud equipment to automotive and home appliances.

Jabil may receive up to 30% of the additional state taxes it will pay over the seven-year life of the agreement in the form of a Utah Legislature-authorized Rural Economic Development Tax Increment Finance (REDTIF) tax credit. Each year that Jabil meets the criteria in its contract with the state, it will qualify for a portion of the total tax credit.

“The Jabil expansion demonstrates that Utah has the talent and infrastructure to support the fast-growing battery industry,” said Theresa A. Foxley, president and CEO of the Economic Development Corporation of Utah. “With Jabil’s lead, we foresee other similar projects coming our way. Congratulations to Tooele County, and thanks to Mel Lavitt and other Utah proponents who advocated for Utah with the company.”

Go Utah tracks incented companies in a dashboard available on this webpage. The public data show when the tax credit was awarded and the numbers of promised jobs, new state wages, new state revenue, projected capital investment, and the maximum tax credit. It reports the term of the contract and the temporary, marginal tax reduction the company may receive if it meets its obligations. The table also shows whether the company has an active agreement, the percentage of new state revenue assessed, and the total tax credit used.

Since EDTIF’s 2005 inception, about 50% of companies awarded an incentive have pursued a post-performance tax credit by entering into a contract with the state. The Utah Legislature authorized the REDTIF modifications beginning in July 2021 to increase business expansion and recruitment opportunities throughout the state’s rural communities.

The REDTIF modifications provide an efficient and effective way for rural Utah to engage in corporate retention and recruitment while ensuring taxpayers receive value from the limited tax credits offered. These modifications support the country’s leading economy and provide economic opportunities for Utahns.